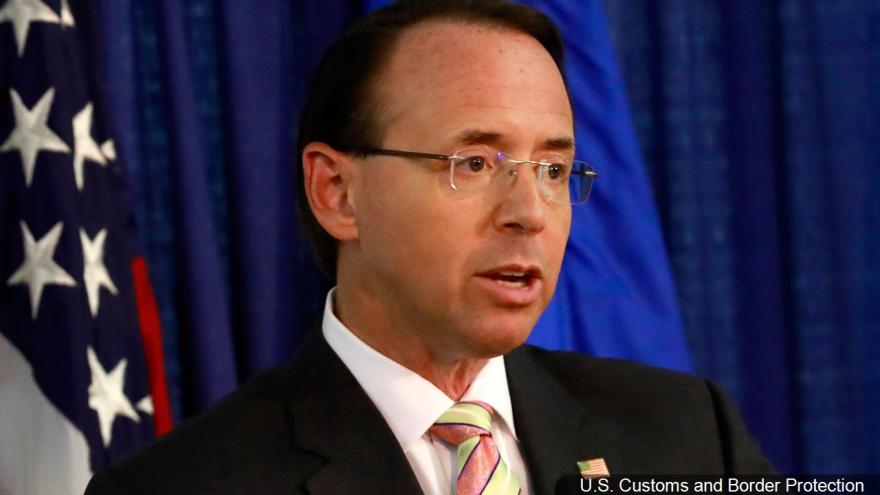 WASHINGTON (AP) — A Justice Department official says Deputy Attorney General Rod Rosenstein is expected to leave his position in the middle of next month.

The official was not authorized to discuss the move by name and spoke to The Associated Press on condition of anonymity on Monday night.

The White House is expected to name a replacement for Rosenstein this week.

Rosenstein's departure had been expected with the confirmation of William Barr as attorney general last week.

Rosenstein has been on the job for nearly two years.