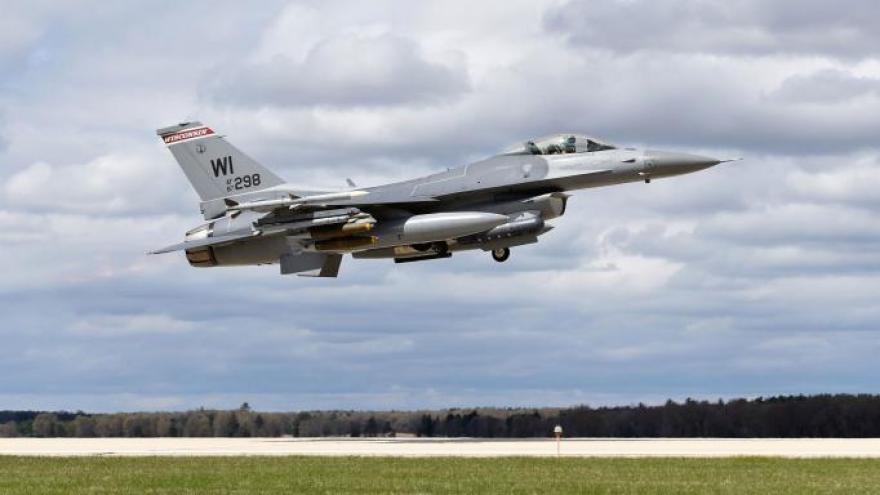 (CNN) -- A military plane assigned to the Wisconsin Air National Guard crashed in Michigan's Upper Peninsula, and officials are searching for the lone pilot on board.

The aircraft, a F-16 Fighting Falcon crashed around 8 p.m. Tuesday, according to the 115th Fighter Wing, a unit of the Wisconsin Air National Guard. It was assigned to the Truax Field Air National Guard Base in Madison, Wisconsin.

The F-16 was on a routine training mission with one pilot on board, the 115th Fighter Wing said. The pilot's status and cause of the crash are still unknown, and the incident is under investigation.

The US Coast Guard joined local emergency responders in Michigan and government officials in the search for the pilot on Tuesday night, CNN affiliate WLUC reported.

"We are a close knit family and when an incident like this occurs, every member in our organization feels it," Col. Bart Van Roo, 115th Fighter Wing commander, told CNN affiliate WLUC. "The safety of our pilot along with search and rescue efforts are our top priority, and we will continue to pray for the pilot's safe return."

The 115th Fighter Wing had been conducting training flights throughout the week, which were set to run until 10 p.m. nightly.

CNN has reached out to the 115th Fighter Wing and Michigan State Police for more information and is waiting to hear back.