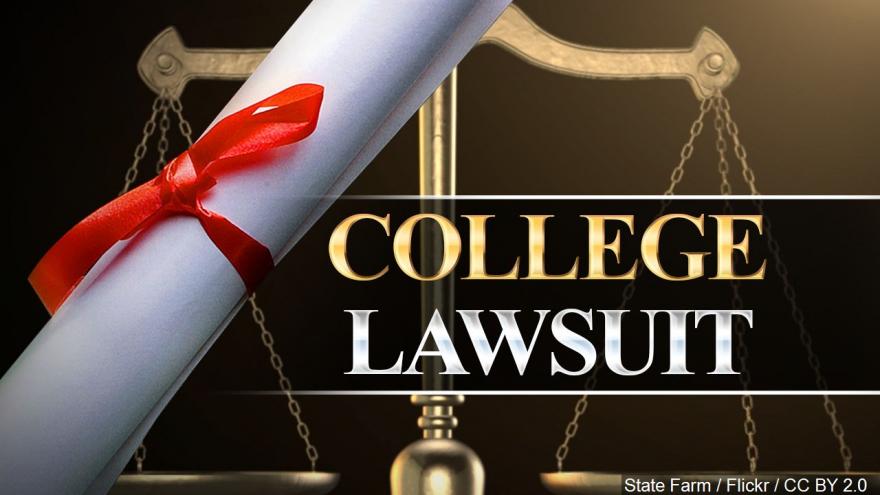 (CNN) -- An Ohio jury has ordered Oberlin College to pay $11 million to a bakery which said it was libeled and wrongfully accused of racially profiling students.

The case stems from the November 2016 arrests of three black Oberlin students at Gibson's Bakery and market near the college's campus in Oberlin, Ohio.

One student, Jonathan Aladin, was accused of attempted robbery for allegedly trying to "steal wine or otherwise illegally obtain wine" from the bakery, according to a defamation lawsuit. He would eventually confess in a written statement to buying alcohol illegally.

After that, Oberlin staff members tried to discredit the family-owned bakery, the lawsuit says.

Oberlin College staff -- including deans and professors -- and students engaged in demonstrations in front of Gibson's Bakery following the arrests of the three students, the lawsuit stated.

The suit also said Oberlin Vice President and Dean of Students Meredith Raimondo and other college staff members "handed out hundreds of copies" of a flier to the community and the media stating that Gibson's Bakery and its owners racially profiled and discriminated against the three students.

The court documents include a copy of the flier, which included the words "DON'T BUY."

"This is a RACIST establishment with a LONG ACCOUNT of RACIAL PROFILING and DISCRIMINATION," the flier read, according to the lawsuit.

The flier also listed 10 of the bakery's competitors and urged customers to shop there instead.

Then in November 2016, the lawsuit stated, Oberlin College said it severed its business ties with Gibson's Bakery. The shop had provided baked goods for the school's dining services through a third-party company.

While those business ties were reinstated three months later, the shop had already suffered severe consequences, the suit said.

The combined effects of the "defamation, boycotts, demonstrations, and refusal to do business with Gibson's Bakery was having a devastating effect on Gibson's Bakery and the Gibson family," the lawsuit stated.

In August 2017, nine months after the three students were arrested, all three pleaded guilty to attempted theft and aggravated trespass.

In a written statement, Aladin confessed to using a fake ID to try to buy alcohol when a shop clerk tried to detain him.

"This unfortunate incident was triggered by an attempt to purchase alcohol," Aladin wrote, according to court documents. "I believe the employees of Gibson's actions were not racially motivated. They were merely trying to prevent an underage sale."

In an email to CNN, a spokesman for Oberlin College declined to comment on the verdict.

But Donica Thomas Varner, Oberlin vice president and general counsel, wrote a letter to members of the Oberlin community.

"We are disappointed with the verdict and regret that the jury did not agree with the clear evidence our team presented," the letter said.

"Neither Oberlin College nor Dean Meredith Raimondo defamed a local business or its owners, and they never endorsed statements made by others. Rather, the College and Dr. Raimondo worked to ensure that students' freedom of speech was protected and that the student demonstrations were safe and lawful, and they attempted to help the plaintiffs repair any harm caused by the student's protests."

It's not clear whether Oberlin will appeal the costly verdict.

"Our team will review the jury's verdict and determine how to move forward," Varner wrote.