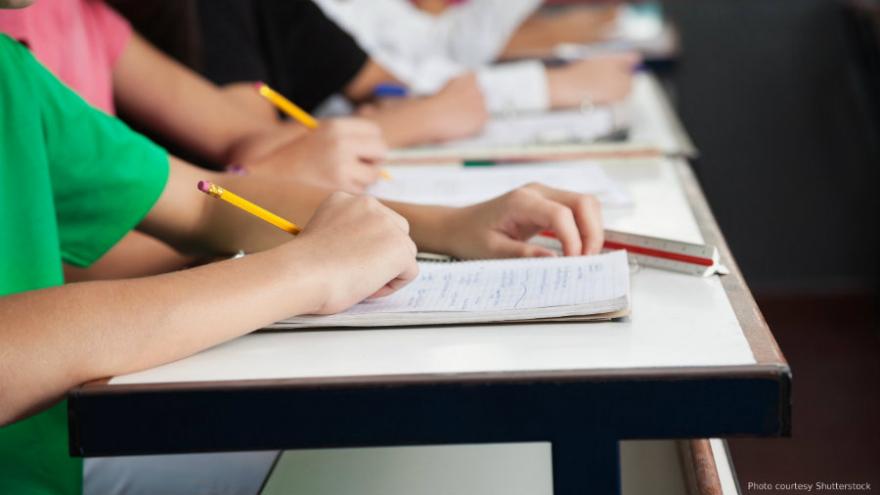 (CNN) -- Two Ohio state legislators want teachers to inform parents at the first sign that their child may be transgender.

Reps. Tom Brinkman and Paul Zeltwanger, both Republicans, introduced House Bill 658, which would force teachers to immediately notify parents if they see any signs of gender dysphoria.

"If a government agent or entity has knowledge that a child under its care or supervision has exhibited symptoms of gender dysphoria or otherwise demonstrates a desire to be treated in a manner opposite of the child's biological sex, the government agent or entity ... shall immediately notify, in writing, each of the child's parents and the child's guardian or custodian. The notice shall describe the total circumstances with reasonable specificity," the legislation says.

After being notified, parents have the right to choose whether their child gets access to treatment -- including educational materials, counseling or medical services -- and they must give consent for their child to be able to receive it, according to the bill.

Without this permission, teachers would not be allowed to share with the student any resources on sex and gender or counseling, or they could be charged with a fourth-degree felony.

The measure also protects parents or guardians who decide not to allow treatment by forbidding that the decision be used against them in custody cases or abuse and neglect complaints.

The bill has had a committee hearing but hasn't reached the House floor for a vote.

Brinkman introduced the bill months after a Hamilton County court granted custody of a transgender teen to his grandparents.

The teen's parents wanted their child, who identifies as male, to stop getting treatment and therapy. His grandparents supported him and said he should be allowed to get hormone therapy.

"Parents have the right to decide what is best for their children," Brinkman said while defending the bill, according to a report from CNN affiliate WCPO.

CNN has reached out to Brinkman and Zeltwanger but has not received a response.

The Ohio Education Association, a teacher's union that represents more than 125,000 state educators, opposes the bill.

"OEA opposes Ohio House Bill 658. It is contrary to OEA's belief that all persons, regardless of gender orientation, should be afforded equal opportunity and guaranteed a safe and inclusive environment within the public education system," Becky Higgins, the group's president, said in a statement.

"This unnecessary and discriminatory bill does nothing to support youth and families. In fact, it puts the livelihoods of some of our most vulnerable youth -- transgender youth -- further at risk with bullying and discrimination by potentially forcing teachers to out them," the group's statement says.

Some kids face hardship at home by coming out.

Eighteen percent of transgender people said their family was unsupportive of their gender identity, according to the National Center for Transgender Equality.

The state Legislature is moving forward on a bill that legally defines sexting and bans it up to age 19.

Right now, it's illegal in Ohio to send, receive or view explicit photos of a minor. If the bill is passed, a first offense would be a misdemeanor.

Both bills will head to the Senate for a vote.