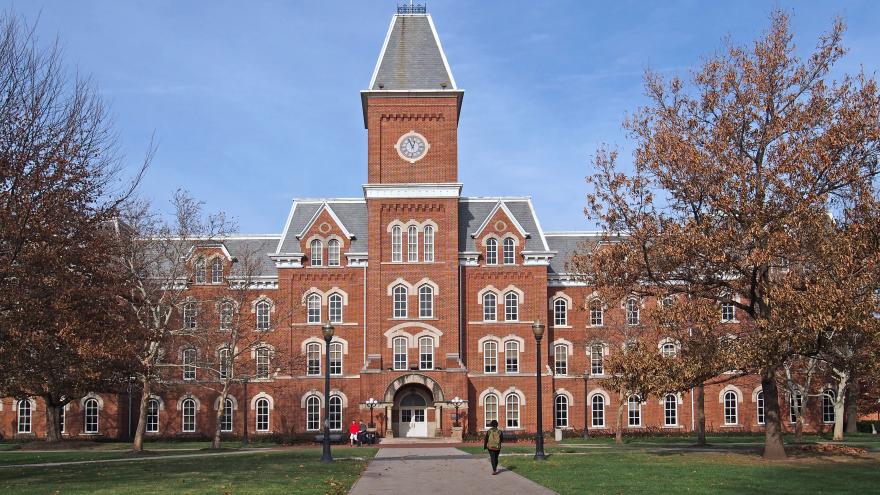 Pete Spiro/Shutterstock
(CNN) -- Ohio State University has released details of a $40.9 million settlement with 162 survivors of sexual abuse by a former school doctor.

The settlement covers 12 lawsuits related to Dr. Richard Strauss, who is believed to have sexually abused at least 177 students at the university when he worked there between 1978 and 1998.

A report commissioned by OSU and released in May 2019 found OSU personnel were aware of complaints that a school doctor had sexually abused students as early as the late 1970s, but failed to adequately investigate the allegations.

"The university of decades ago failed these individuals -- our students, alumni and members of the Buckeye community," University President Michael V. Drake said in a news release Friday. "Nothing can undo the wrongs of the past, but we must do what we can today to work toward restorative justice.

"Our focus will always be on the survivors. We know it took great courage for them to come forward, and we are grateful," Drake added.

In March, Ohio State announced it had reached a monetary settlement with survivors in 11 of 18 lawsuits, representing nearly half the individuals who brought claims against the university relating to Strauss. Friday it said that all had signed on to the settlement terms.

"Ohio State continues to participate in good faith in the mediation process with the survivors involved in the remaining lawsuits, and remains committed to a resolution with plaintiffs, including a monetary resolution," the university said in Friday's release.

It said that settlement funds would be distributed based on the harm and damages experienced by individual survivors and that a "special master, independent of the university and experienced in the area of sexual trauma claim evaluation" would oversee the process.

The independent report commissioned by the university concluded last year that Strauss "sexually abused at least 177 male student-patients" before his voluntary retirement in 1998. The doctor died by suicide in 2005.

Since the release of that report, additional former student-athletes have come forward to publicly testify at the Ohio statehouse about Strauss' abuse.

Another investigation found that the State Medical Board of Ohio also knew about the abuse by the late doctor but did nothing.

The state House of Representatives is considering a bill that would lift the statute of limitations for Strauss' victims and clear the way for them to sue OSU.