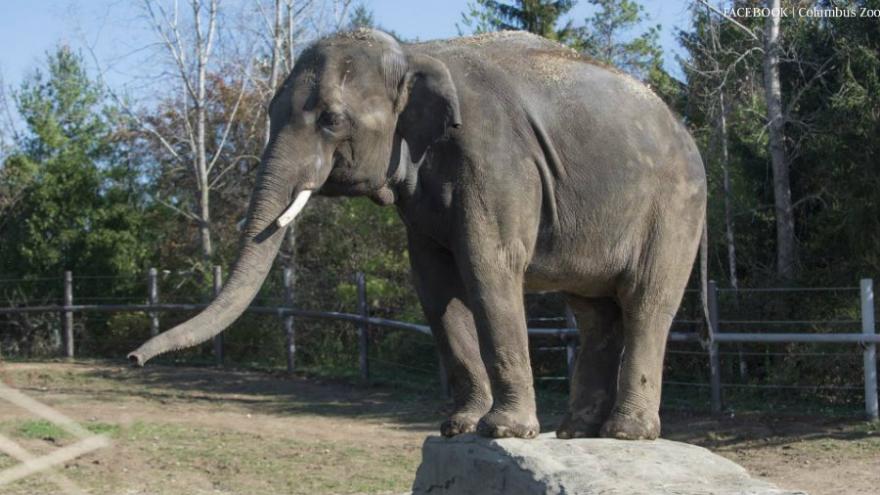 POWELL, Ohio (AP) — The Columbus Zoo and Aquarium is celebrating World Elephant Day by announcing that one of its Asian elephant moms is expecting.

Zoo officials said Saturday that 31-year-old Phoebe is expecting her fourth calf and her third in Columbus, where she came to live in 2002.

Officials say she's in her third trimester and is expected to give birth in December. Elephant pregnancies last about 22 months.

The identity of the baby's father is a mystery that will be solved with DNA after Phoebe's calf is born.

Phoebe was inseminated with sperm from Columbus Zoo partner Hank and an elephant from another zoo. She also was bred by Hank.

Phoebe's previous two deliveries in 2004 and 2009 are the only two Asian elephants to be born at Columbus Zoo.