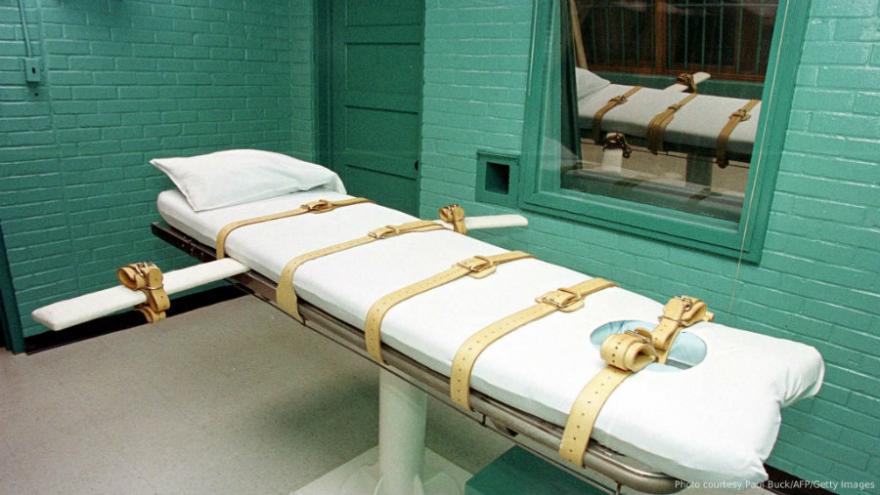 (CNN) -- Unable to obtain drugs to use for its lethal injections, Oklahoma will use inert gas inhalation as the primary method for death penalty executions once a protocol is developed and finalized, the state's attorney general announced Wednesday.

Oklahoma is the first state to adopt this method.

"As you know, in Oklahoma, a bill that was signed back in 2015 by the governor states that if lethal injection is held unconstitutional or is unavailable, an execution shall be carried out by nitrogen hypoxia," Attorney General Mike Hunter said. "We are exercising that option." Nitrogen is one of several inert gases that can cause hypoxia, an oxygen deficiency that causes death.

Oklahoma Department of Corrections Director Joe M. Allbaugh said his office will prepare the legal documents within the next 90 to 120 days and, if that's acceptable, the attorney general will move forward with the protocol.

Hunter said the state is "at the very beginning of this process ... and will provide updates as they become available."

Currently, 49 people sit on death row in Oklahoma; 16 have exhausted their ability to appeal their cases, Allbaugh said.

The state has struggled to find legally obtainable lethal injection drugs, he said. It previously used a three-drug combination: an anesthetic (either sodium thiopental, pentobarbital or midazolam), a paralytic agent (pancuronium bromide) and a heart-stopping agent to cause death (potassium chloride), according to the nonprofit Death Penalty Information Center.

Pharmaceutical companies have refused to supply the drugs in response to global campaigns against the death penalty, and the lack of legally obtainable drugs led the state to impose a moratorium on capital punishment executions in October 2015.

The bipartisan Oklahoma Death Penalty Review Commission issued a study of the death penalty in the state on April 25. The report concluded that the moratorium should remain in place until significant reforms to the death penalty process are made, and recommended a one-drug barbiturate execution protocol.

But Hunter said inert gas inhalation is used in countries that have legalized assisted suicide.

A 2010 Journal of Medical Ethics study, based on experiments performed by Swiss organization Dignitas, found that the dying process of oxygen deprivation caused by an inert gas is "potentially quick and appears painless."

Hunter said that "using an (inert gas inhalation) will be effective, simple to administer, easy to obtain and requires no complex medical procedures."

"Research has shown that individuals exposed to an excessive amount of inert gas experience fatigue, dizziness, perhaps a headache, loss of breath and eventual loss of consciousness," he said, citing the US Air Force Flight Surgeon's Guide, which looks at cases of pilots breathing excessive amounts of inert gas.

Hunter said that people who die by inhalation of inert gases are dead within just a few minutes. The method is "safest, best and most effective," he said.

By contrast, the American Veterinary Medical Association's Guidelines for the Euthanasia of Animals recommend the use of nitrogen for chickens, turkeys and pigs but say it's unacceptable for other mammals. "These gases create an anoxic environment that is distressing for some species," the authors say.

Hunter noted that an overwhelming majority of the Oklahoma electorate voted to amend the Constitution and guarantee the state's power to impose capital punishment two years ago.