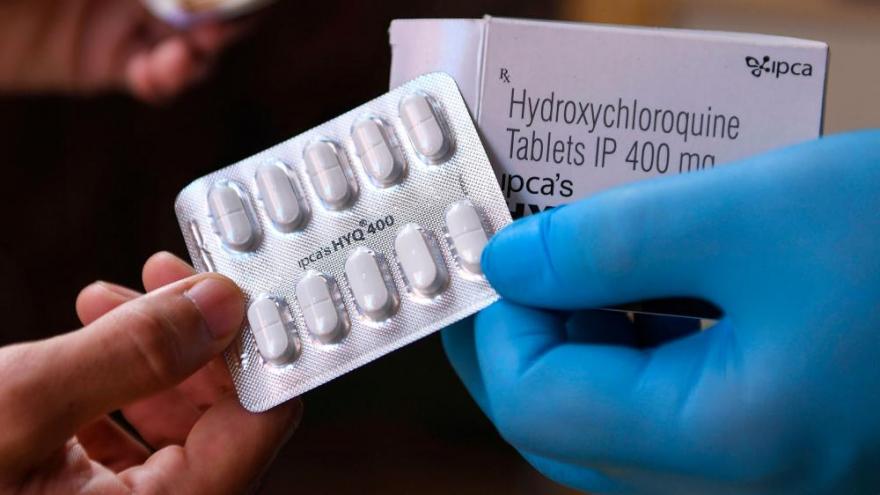 Oklahoma state officials are trying to return the state's $2 million stockpile of the malaria drug hydroxychloroquine back to the medical distributer.

(CNN) -- Oklahoma state officials are trying to return the state's $2 million stockpile of the malaria drug hydroxychloroquine -- which had been touted by some as a treatment for Covid-19 -- back to the medical distributer.

"We are working with the department of health to try to return the stockpile," Oklahoma Attorney General's Office Communications Director Alex Gerszewsk confirmed to CNN in an email.

Gerszewski did not provide further details on the effort.

Hydroxychloroquine was initially pushed by former President Donald Trump, who said he took the drug to protect against Covid-19. But over the summer, the FDA reversed its emergency use authorization after a series of studies showed not only that it did not help coronavirus patients but might be harmful, CNN has reported.

On May 12, 2020, Oklahoma Gov. Kevin Stitt, a Republican, "enacted an Executive Order that removed all restrictions regarding prescriptions for Hydroxychloroquine," according to The Oklahoma State Board of Pharmacy.

Previously, the state had required a waiver for prescribing the drug to prevent shortages early on in the pandemic, according to Stitt's executive order back in March.

CNN has reached out to the Oklahoma Department of Health but has not heard back.