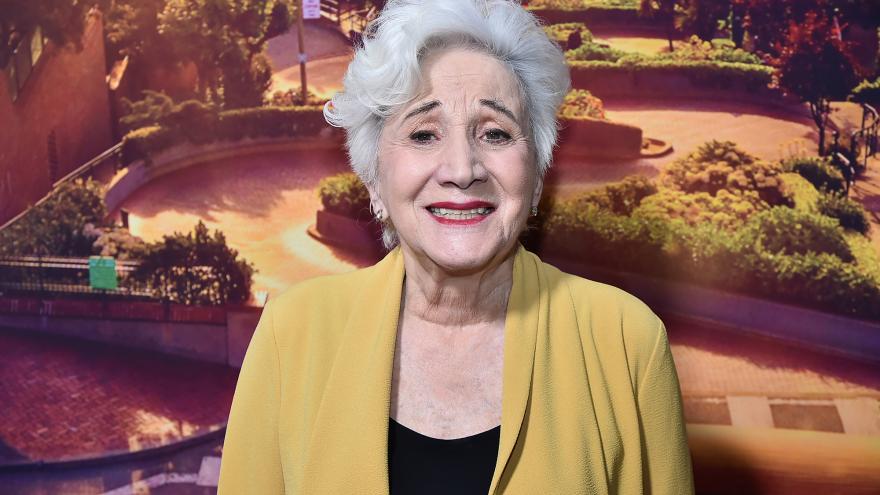 Olympia Dukakis, Oscar-winning \'Moonstruck\' actress, has died. Dukakis, in this image, attends the premiere of \"Tales Of The City\" in New York City on June 3, 2019. - Theo Wargo/Getty Images

(CNN) -- Olympia Dukakis, an Oscar-winning actress for her role in "Moonstruck," died Saturday in New York City. She was 89 years old.

"After many months of failing health she is finally at peace and with her Louis," her brother Apollo Dukakis posted on Facebook. Her agent, Allison Levy, also confirmed her death to CNN.

Dukakis died at her home with her daughter Christina Zorich "by her side," the family said in a statement.

"Her brother Apollo Dukakis, her sons Stefan and Peter Zorich, and four grandchildren thank you for your love, prayers, and kind remembrances during this difficult time," the family said.

Although she had a stage career that spanned decades, Dukakis is best known for her portrayal of Rose Castorini, the nosy-but-sensitive Italian mother in the 1987 film "Moonstruck," stealing many scenes from Cher, who played her daughter.

At the 1988 Academy Awards, Dukakis won best supporting actress while Cher took home the best actress award for their performances in the film.

Later roles included Clairee Belcher in the 1989 film "Steel Magnolias," in which she encourages a grieving M'Lynn Eatenton, portrayed by Sally Field, to slap Shirley MacLaine's character, saying, "Knock her lights out, M'Lynn!"

Throughout her rise to fame, the actress appeared in more than 130 off-Broadway productions, as well as Broadway plays including "The Aspern Papers," "Abraham Cochrane," and her one-woman play "Rose," according to IMDB.

A fourth version, "Armistead Maupin's Tales of the City," was streamed on Netflix in 2019. Dukakis again appeared in the miniseries, which was her last television role.

Dukakis passed away three years after the death of her husband, fellow actor Louis Zorich. The couple married in 1962 and cofounded The Whole Theatre Company in Montclair, New Jersey, running it from 1971 to 1990, according to IMDB.

A native of Massachusetts and the daughter of Greek immigrants, Dukakis was the first cousin of former state Gov. Michael Dukakis, who became the Democratic nominee for president in 1988, but ultimately lost to then-Vice President George H.W. Bush.

Dukakis introduced her cousin at the 1988 Democratic National Convention in Atlanta, and also served as a delegate-at-large.