Omarosa denies there was a dramatic confrontation at the White House 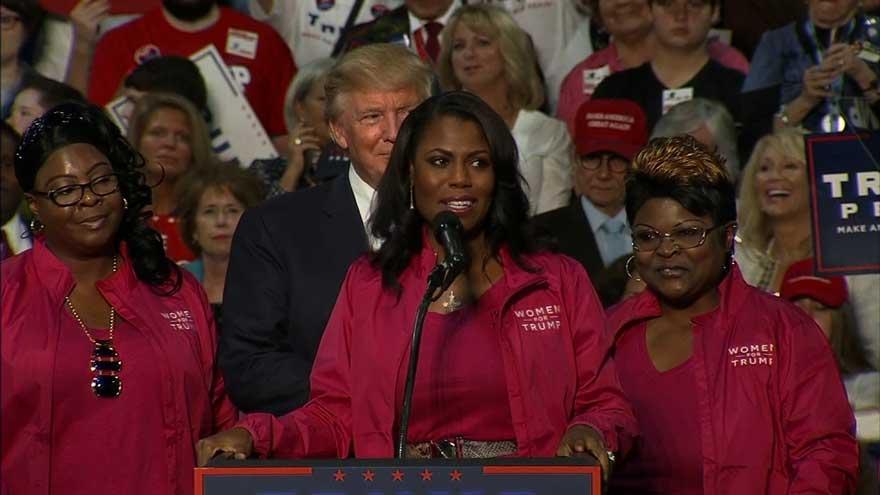 Speaking with ABC on Thursday morning, the former reality television star claimed that she resigned after a conversation with Kelly in the Situation Room and did not confront him during a White House Christmas Party or try to get into the White House residence to ask President Donald Trump about her dismissal.

Manigault Newman repeatedly denied reports of a dramatic confrontation between with Kelly, calling them "100% false."

The United States Secret Service, in a surprising move on Wednesday evening, also denied reports that they physically escorted her out of the White House.

Manigault Newman claimed on ABC that she still had access to parts of the White House and that deactivating her pass only applied to a small portion of the complex.

Sanders announced on Wednesday that Manigault Newman, one of Trump's most high-profile African-American supporters, would resign her role as the top communications official at the White House Office of Public Liaison and leave on January 20, 2018, one year to the day after Trump took office.

White House press secretary Sarah Sanders said Thursday that Manigault Newman would be at the White House later in the day, but declined to get into any of the details around her departure.

A source with knowledge of the situation had previously told CNN that Omarosa was not expected back on the grounds, despite what appears to be an agreement to pay her through her separation date in January.

When asked why Manigault Newman was staying on the payroll -- at the expense of the taxpayer -- even if she is leaving in January, Sanders dodged and said she was not privy to the "different protocols that take place in the government."

Trump, who once famously fired her on his NBC show "The Apprentice," tweeted praise for Manigault Newman on Wednesday and thanked her for her service.

"Thank you Omarosa for your service! I wish you continued success," he said.

But Manigault Newman's time in the White House had been wearing on many, according to multiple sources who tell CNN that her departure was a long time coming. Though she predated Kelly in the administration, sources say when the retired Marine general took over in July, her role began to feel ill-defined.

"They showed her the door because she was not performing," the source with knowledge said, adding that Manigault Newman never made it to the residence during her conversation with Kelly but did suggest that she wanted to appeal to Trump.

It was her loyalty and friendship with Trump -- something that was fostered during the 2016 campaign -- that kept her there for longer than anyone expected, one source added.

Manigault Newman did hint at conflict with Kelly in her ABC interview, calling his style "militaristic" and saying she "stands out" because she is the only African-American woman at the table. She also suggested that some in the White House were jealous of her access to Trump.

Manigault Newman last traveled with Trump to the Mississippi Civil Rights Museum in Jackson on Saturday. But according to a White House official, Manigault Newman has had no access to Trump for months and was considered to be a nonstop problem in the West Wing.

Both Kelly and former chief of staff Reince Priebus wanted to let Manigault Newman go, a former White House official told CNN, adding that many in the White House had little idea what she did.

"Many of her colleagues are elated by today's news," the former official added.

And in a nod to a possible future book deal, Manigault Newman hinted that she had a dramatic tale to tell about the first year in the Trump White House.

She declined to expand upon them because she is technically still employed by the White House.

Sanders said Thursday that the ABC interview was the "first time" she has heard issues like that raised.

"Whether she raised those with other individuals, I am not aware," Sanders said. "I know she regularly brought up specific issues when they were talked about in meetings and we addressed them at the time."