On the anniversary of Covid-19 becoming an official public health emergency, experts say it's time for a change 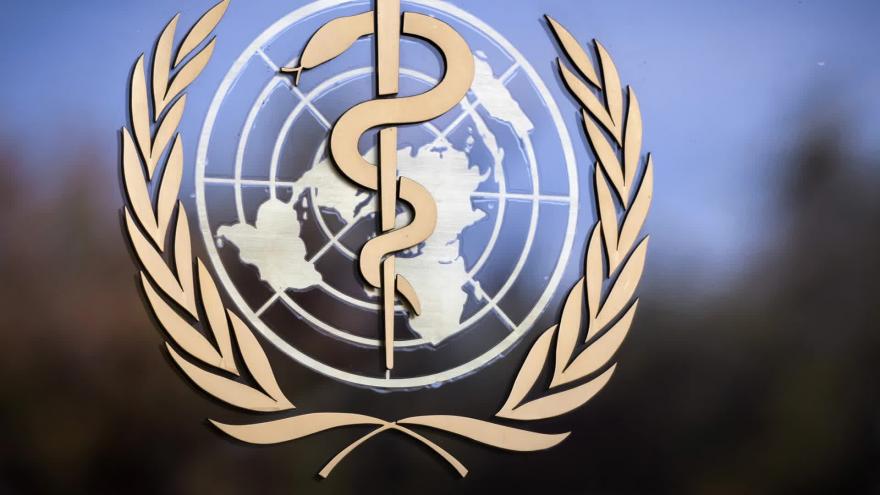 The World Health Organization is seeking much stronger authority and more ample funding, if such a declaration is ever to work more effectively in a global health crisis. - Getty Images

(CNN) -- It was one year ago today the World Health Organization declared that the novel coronavirus was a Public Health Emergency of International Concern.

"At the time there were fewer than 100 cases of the disease we now call Covid-19 and no deaths outside China," WHO Director-General Tedros Adhanom Ghebreyesus said Friday. "This week we reached one hundred million reported cases. More cases have been reported in the past two weeks than during the first six months of the pandemic. A year ago, I said the world had a window of opportunity to prevent widespread transmission of this new virus. Some countries heeded that call, some did not."

The rare emergency declaration, also known as a PHEIC, is the highest level of alarm under international law. Only six have ever been declared in history.

It's supposed to notify the world that urgent action is needed, but experts say the reason "some countries heeded that call, some did not" is because the declaration has no teeth.

The declaration gives the WHO "few surge powers and no funding," according to Lawrence Gostin, a professor of public health law at Georgetown University and the director of the World Health Organization Collaborating Center on Public Health Law & Human Rights.

"The only power a declared emergency provides is to make 'recommendations' to governments. But most governments, especially in the US and Europe, almost universally failed to adhere to (WHO) recommendations," Gostin said.

The WHO has been evaluating how it can improve the system, and changes could happen during the World Health Assembly in May.

In this second year of the declaration, Gostin and other legal scholars argue that there needs to be urgent reform to give the WHO much stronger authority and more ample funding, if such a declaration is ever to work more effectively in a global health crisis.

How a public health situation becomes an emergency declaration

Countries are supposed to notify the WHO within a short time frame if they have an event in their country that could trigger an emergency declaration. As spelled out in the International Health Regulations, certain diseases or public health events must pose enough of a significant risk that it requires a coordinated international response.

Once a country notifies the WHO about its health threat, the WHO will then call an expert committee together that meets behind closed doors to review the data and listen to testimony from the country that has reported the threat. The committee then makes a recommendation to the WHO director-general who makes the ultimate decision.

If an emergency is declared, then the WHO creates a list of recommendations for governments to undertake to stop the spread of the disease. The WHO also makes recommendations about how to share information.

If it's in their own backyard, governments don't like the declaration

As the policy is written now, there are many downsides and disincentives for governments to provide public health information to the WHO and no real guaranteed upside, according to global health law expert Mara Pillinger.

"Governments tend to prefer that the WHO not call them out and issue this highest alarm, because it may not help them manage the outbreak, but could in fact make it harder for humanitarian supplies and assistance to get into the country," said Pillinger, an associate in the Global Health Policy & Politics Initiative at the O'Neill Institute of National and Global Health Law at Georgetown. "And it can impose an economic cost."

In theory, the emergency declaration should raise the alarm and motivate other countries to act, not just to protect themselves, but also to help the country with the outbreak get that problem under control so it doesn't spread further.

Instead, an emergency declaration often triggers other countries to issue travel and trade restrictions against the country with the outbreak. That country suffers financially, and the travel restrictions are often ineffective since they are applied too late or in a piecemeal fashion, Pillinger said.

With an emergency declaration nothing mandates other countries to send technical or financial assistance to help that country fight or control the disease. Assistance is instead a "question of political will and political coordination." China didn't need the money with the Covid-19 outbreak, but Congo did when an emergency declaration was declared with an outbreak of Ebola in 2018.

While the WHO can make recommendations about how countries should respond to a public health threat, it's incumbent upon each individual country to decided how to respond; how to work with the WHO; how it will aid the country at the heart of the outbreak; and whether it will even take the WHO's warning seriously.

"It's a little bit like declaring a five alarm fire, but imagine that you had a center that is responsible for ringing the alarm bell and then it were up to individual fire houses to decide whether or not they send trucks to the fire," Pillinger said.

The declaration also gives the WHO no real authority to investigate the outbreak if the country does not want the WHO there.

"Even now, WHO has just sent a team to China, a year late," Gostin said. "WHO has no authority to independently verify country reports, which is why China was allowed to mislead the world concerning the community spread of (the novel coronavirus). The WHO team also has no legal authority to demand access to full information from the Chinese government and scientists."

The future of the emergency declaration

One step may be the help the US has promised to give the WHO. The Biden administration reversed the Trump administration's decision to withdraw from the organization. On January 21, Director of the National Institute of Allergy and Infectious Diseases Dr. Anthony Fauci told the WHO that the US would "work constructively" to strengthen and importantly reform the WHO.

Gostin believes as the world heads into the second year of the emergency declaration the International Health Regulations need to be improved now to better manage the current Covid-19 crisis and to help manage future pandemics.

"WHO should be able to rally the world in response to a pandemic," Gostin said, noting it hasn't really even been able to do that. "We have seen little global solidarity and in fact 'go-it-alone' nationalism, especially 'American first and only.'

"The mission of WHO is to lead a globally coordinated response to a pandemic," Gostin said. "That never happened with Covid-19. And that is why it is urgent to reform the International Health Regulations and to give WHO strong powers and ample funding."