Once known as the awkward rhino, Stormy fathers baby 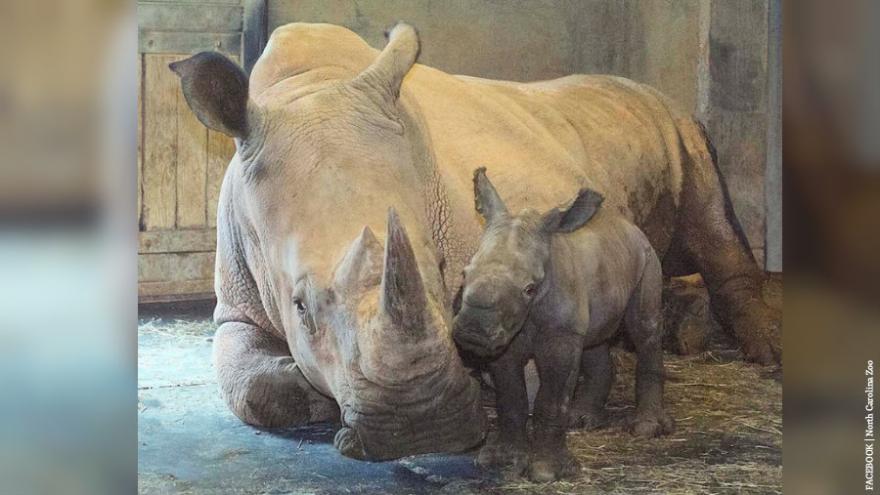 RALEIGH, N.C. (AP) — The zookeepers just didn't think Stormy the male rhinoceros had it in him. Now, they owe him an apology.

Zoo officials say Stormy had often tried to breed with the four female rhinos at the North Carolina Zoo, but the zookeepers had never seen him succeed. So color them surprised when Linda turned up pregnant, then gave birth July 2 to a rare southern white rhinoceros.

The International Rhino Foundation estimates that about 20,000 Southern white rhinos survive in the wild.

We're thrilled to announce the birth of a southern white rhino, the 1st born at the #NCZoo in 41 years! The female calf was born 7/2 to mom Linda & dad Stormy. She'll be on habitat soon. Watch her birth: https://t.co/5KREsNlNJz #rhino @RhinoKeepers @zoos_aquariums @ncculture