One body recovered, but 12 people still missing after a commercial vessel capsized off Louisiana coast 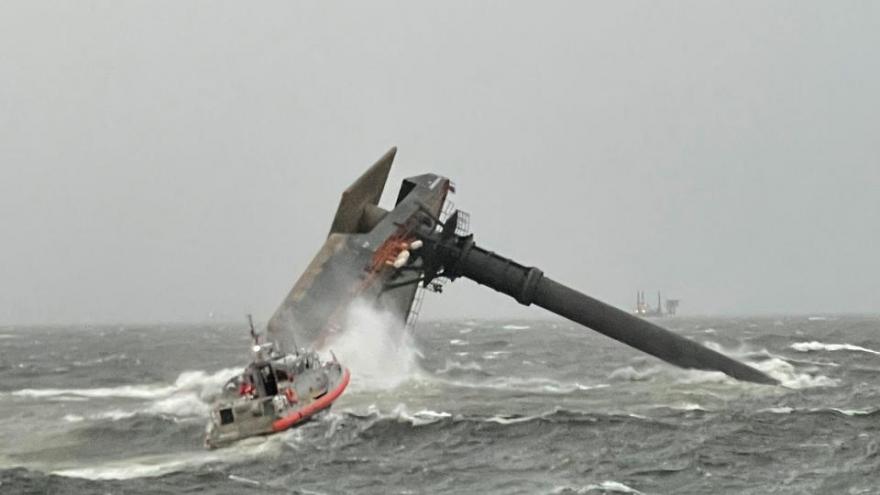 One deceased person has been found and 12 others are missing after a commercial vessel capsized Tuesday several miles south of Port Fourchon, Louisiana. A Coast Guard crew is shown heading toward the capsized boat off the Louisiana Coast.

(CNN) -- One deceased person has been found and 12 others are missing after a commercial vessel capsized Tuesday several miles south of Port Fourchon, Louisiana, according to the US Coast Guard.

There were 19 individuals on board at the time of the capsize, Captain Will Watson, Commander of Coast Guard Sector New Orleans, said on Wednesday. Lafourche Parish President Archie Chaisson previously told CNN the number was 18.

Six individuals have been rescued so far. The deceased person was recovered floating on top of the water, Watson said.

"We are out there and we are committed to the search and rescue effort," Watson said, adding later that he was "hopeful" as they continue their mission.

It is possible there may be some individuals still inside the body of the vessel, according to Sector New Orleans Public Information Officer Shelley Turner.

A 45-foot response boat, helicopter, plane, and cutter are currently involved in searching what Watson called "a very fixed location" because the vessel is not drifting. Port Fourchon Parish has deployed a search boat as well, according to Watson, noting that the water temperature is above 70 degrees. Details of where the ship was going and its mission are under investigation.

As of Wednesday night, rescue teams have searched more than 1,440 square miles, the USCG said.

The National Weather Service in New Orleans had issued a special marine warning Tuesday about steep waves for the coastal waters from Port Fourchon to Lower Atchafalaya River, Louisiana.

Thunderstorms were expected late Wednesday and the USCG will prioritize the safety of the search and rescue teams as the mission continues, Watson said.