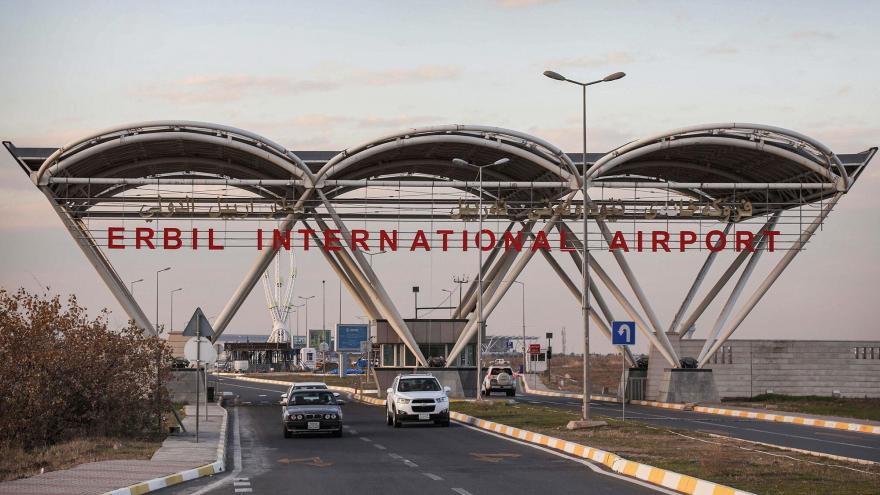 Col. Wayne Marotto says one person killed and another injured along with five other contractors when rocket fire landed on coalition forces near Erbil International Airport in Iraq. The airport pictured here was taken on December 24, 2019.

(CNN) -- A civilian contractor was killed and a US service member was injured along with five other contractors when rocket fire landed on coalition forces near Erbil International Airport in Iraq, said Col. Wayne Marotto, the spokesman for Operation Inherent Resolve.

The nationality of the contractor killed was not disclosed.

Earlier a statement from the Interior Ministry of the Kurdistan Regional Government said several rockets had been launched toward the city.

The regional government called for locals to stay home as authorities investigated the incident. No group has claimed responsibility for the attack.

Erbil, which is located in the semi-autonomous Kurdistan region and hosts US troops, is expected to be one of several cities Pope Francis visits in early March in a historic trip to Iraq.