One dead and six wounded in Miami shooting 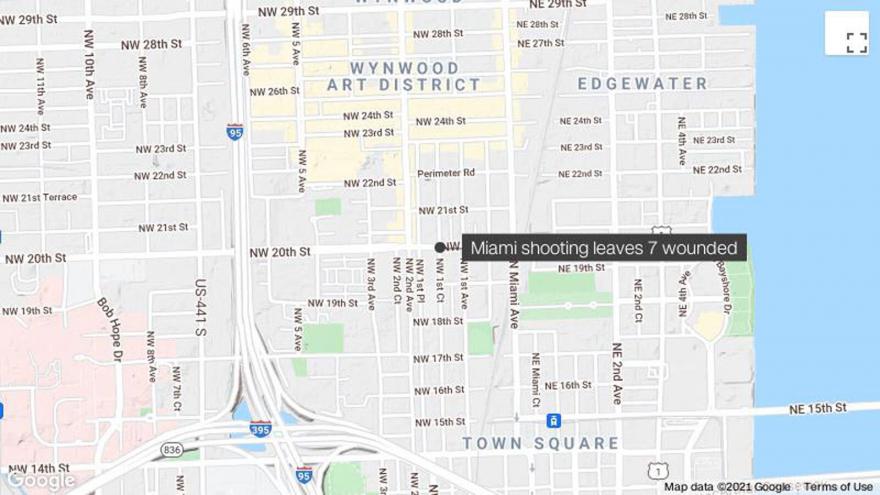 At least seven people were wounded during a shooting late Friday in Miami, police said.

(CNN) -- One person has died and six others wounded after a shooting late Friday in Miami, police said.

Some shooting victims arrived at the hospital on their own, Delva said.

One victim was taken to University of Miami Hospital, and six others were at Jackson Memorial Hospital, according to Delva.

Delva said one person later died and six others were recovering.

The shooting is being investigated, Delva said. Police released no information on a possible suspect or arrests.