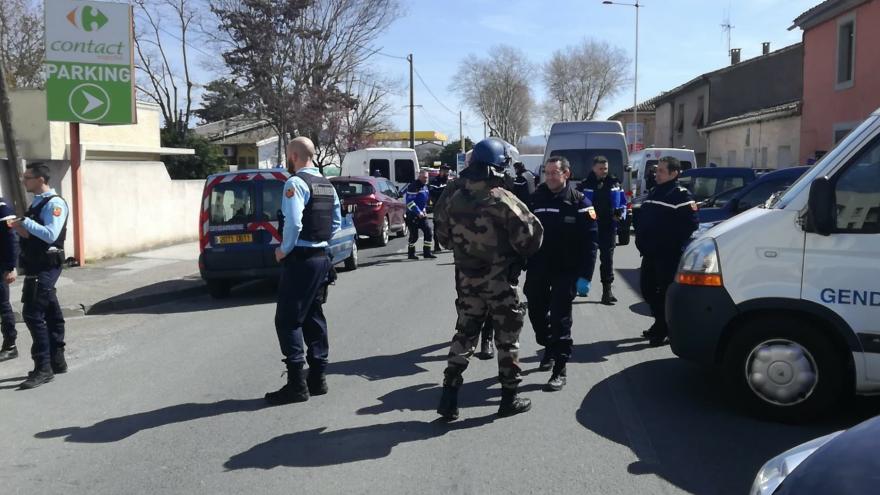 FRANCE - Two people have been killed and others taken hostage at a supermarket in southern France, according to local media reports.

French Prime Minister Edouard Philippe told local media that there was a hostage situation in the town of Trebes.

CNN affiliate BFM TV said a man had open fire and that the incident was unfolding at a Super U supermarket. BFM reported that the attack appeared to be "ISIS-inspired," citing a local prosecutor.

French Interior Minister Gérard Collomb said on Twitter that he was going to the scene immediately. He has been breifed by security forces and a security cordon has been established in the area, he wrote.

"Avoid the area and stay tuned to the instructions from authorities."