One killed, one wounded in shooting at a Nebraska mall 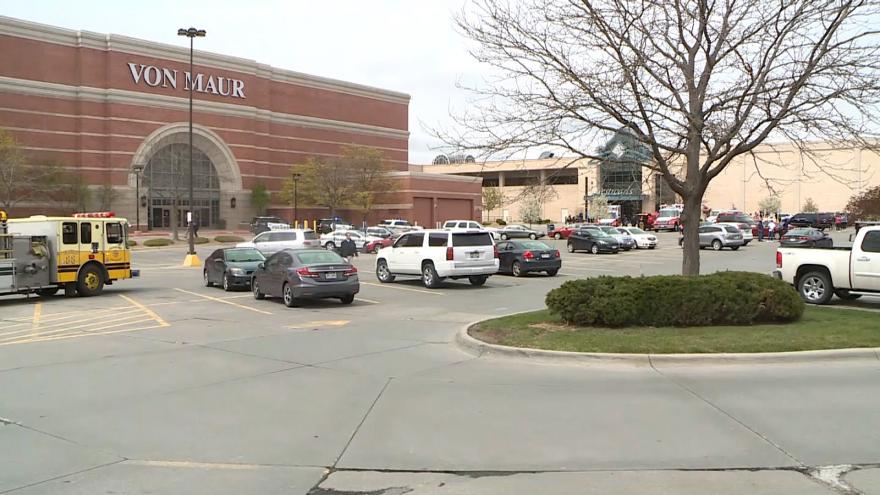 Authorities responded to a shooting at Westroads Mall in Omaha, Nebraska, on Saturday, April 17. - KETV

(CNN) -- A person has died after being shot Saturday at Westroads Mall in Omaha, Nebraska, police said.

The victim, described as an adult male, was taken by ambulance to Bergan Mercy Hospital in critical condition and died there, a police news release said. He hasn't been identified yet.

Later, an adult female later walked into CHI Immanuel Hospital with non-life threatening gunshot injures, police said. She said she was shot at the mall.

"The investigation indicates this was an isolated incident and not a random attack," the police news release said. "Law Enforcement from multiple agencies arrived to assist with securing the scene and searching the entire mall as a precaution."

The shooting happened around noon, Lt. Neal Bonacci said during a press briefing. Security footage showed two suspects fleeing the mall. Investigators are still looking for them and working to identify them, according to Bonacci.

Bonacci said the shooting was not an active shooter situation, but the department treated it as such out of precaution.

The mall will be shut down for the rest of the day as the investigation takes place, he said.