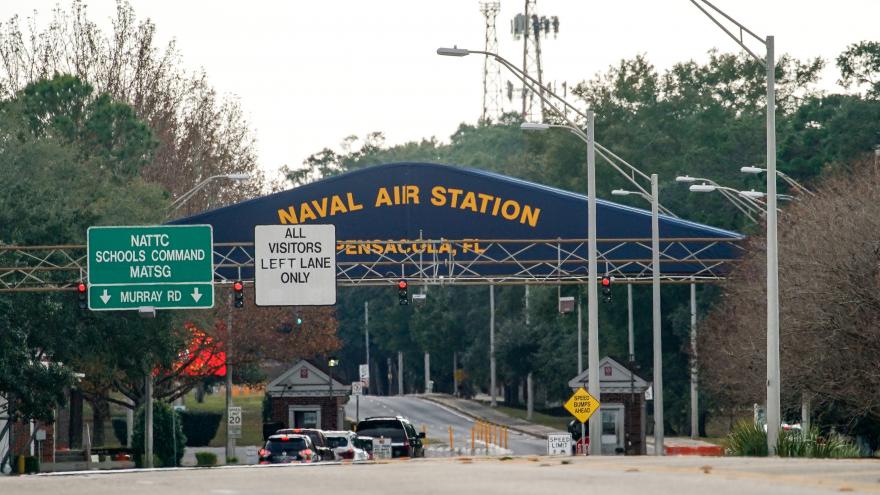 Friends of shooter Mohammed Alshamrani were detained after the killing of three US Navy sailors Friday. Esper said one or two of those friends recorded the attack.

Esper told "Fox News Sunday" that it was unclear whether they were "filming it before it began or was it something where they picked up their phones and filmed it once they saw it unfolding."

A source earlier said Alshamrani bought it from a gun store this year. He obtained a hunting license, which allows a non-immigrant on a non-immigrant visa to purchase a gun, the source said.

Rojas said investigators "work with the presumption that this was a act of terrorism," as they do in most similar cases. It allows "investigative techniques that can help" more quickly identify and eliminate potential threats. No credible threat to the community exists, Rojas said.

Investigators are trying to learn if any ideology contributed to the attack, Rojas said.

Alshamrani opened fire in a classroom building on Friday. He was killed after two deputies exchanged gunfire with him.

The FBI identified Alshamrani as the shooter. He was a 21-year-old second lieutenant in the Saudi Arabian air force and a student naval flight officer, according to an FBI spokesperson.

It does not appear he had ties to terrorist groups, two sources told CNN.

While the FBI is still determining whether to classify the violence as terrorism, White House National Security Adviser Robert O'Brien on Sunday said it "appears to be a terrorist attack."

Escambia County Sheriff David Morgan told CNN's Erin Burnett that the FBI had secured the areas on base where the shooter was staying and they had recovered his laptop and cell phone.

A senior administration official told CNN that investigators found some concerning statements and online materials but noted that it was still early in the investigation.