One of America's oldest and largest milk producers files for bankruptcy 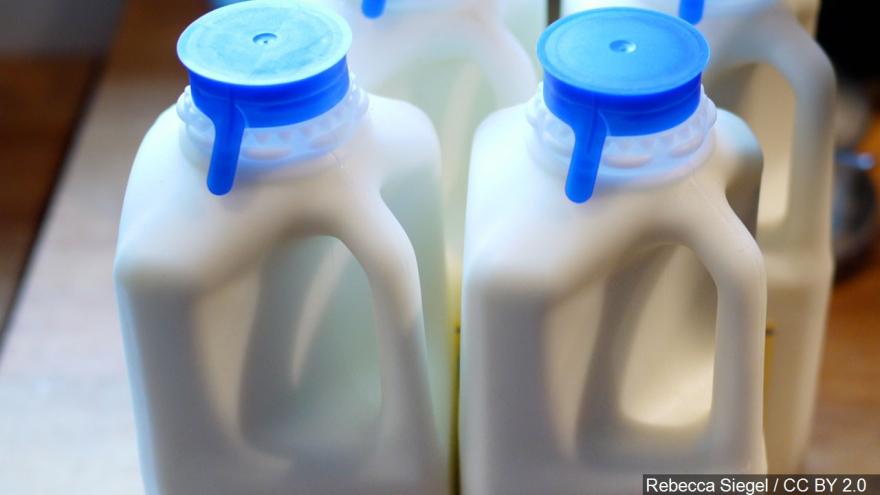 (CNN) -- Borden Dairy Co., one of America's oldest and largest dairy companies, on Monday became the second major milk producer to file for bankruptcy in the last two months.

Borden said it filed for bankruptcy because it cannot afford its debt load and its pension obligations. It has 3,300 employees, 22% of whom are covered by a collective bargaining agreement. Although Borden says it plans stay in business during the bankruptcy process, its filing does not spell out whether it intends to stay in business longer term or liquidate.

The company said it also has been hurt by broader industry trends, including a 6% drop in overall US milk consumption since 2015. Borden noted that more than 2,700 family dairy farms went out of business last year, and 94,000 have stopped producing milk since 1992. With the wholesale cost of milk rising due to fewer suppliers and retail milk prices weaker due to lower consumption, the margins for milk processors like Borden have suffered, the company said in its filing.

The company said it had net sales of $1.2 billion in 2018, but that resulted in a net loss of $14.6 million. From January 2019 through December 7, Borden reported a net loss of $42.4 million, according to its bankruptcy filing.

The company's history dates back to before the US Civil War when its founder, Gail Borden, developed the first successful commercial method of condensing milk in 1856. He and his partner opened a plant in upstate New York in 1861, and prospered by supplying condensed milk to the Union Army. It didn't change its name to Borden Dairy Co. until 1919.

By 1930, Borden had bought more than 200 other US dairy companies to become the nation's largest distributor of fluid milk, according to its filing. In 1936, "Elsie the Cow" became the company's advertising mascot. Elsie was the center of its marketing for decades to come and was tapped as one of the top 10 advertising icons of the 20th century by AdAge in 2000.

The company branched into other businesses, including chemicals, and went on another acquisition binge, buying 23 companies for $442.6 million in 1987 alone. But by the early 1990s it began to run into financial problems and in 1995 it was purchased by private equity firm Kohlberg Kravis Roberts & Co. for $2 billion and taken private. It sold off many of the other business, leaving mostly just the dairy business.