Truck attack in Manhattan kills 8 in 'act of terror' 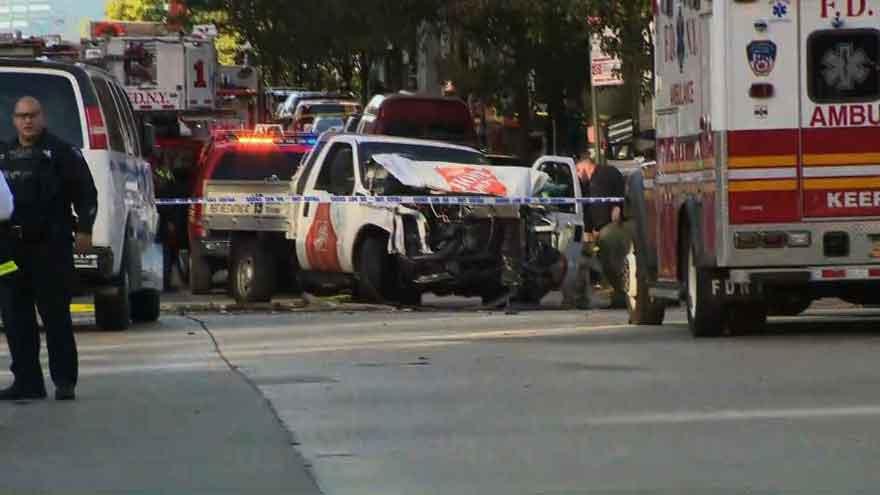 (CNN) -- The driver of a rental truck drove down a busy bicycle path in Manhattan near the World Trade Center, killing eight people and injuring about a dozen others in what officials said was an "act of terror."

After crashing the truck into a school bus, the suspect exited the vehicle while displaying imitation firearms and was shot in the abdomen by police, according to the NYPD.

The statements made by the driver moments after leaving the truck and the method of the attack were consistent with other terrorist attacks, New York City Police Commissioner James P. O'Neill said. Vehicles have been used as weapons in a number of terrorist attacks in recent years, including in deadly incidents in Nice, France, and London.

The suspect, driving in a Home Depot rental truck, hopped a curb at West Houston Street and drove south on the bike path on the west side of West Side Highway in Lower Manhattan for several blocks, officials said.

Six people were declared dead at the scene and two were pronounced dead at the hospital. 11 others were transported to the hospital with serious but non-life-threatening injuries, according to New York Fire Commissioner Daniel Nigro.