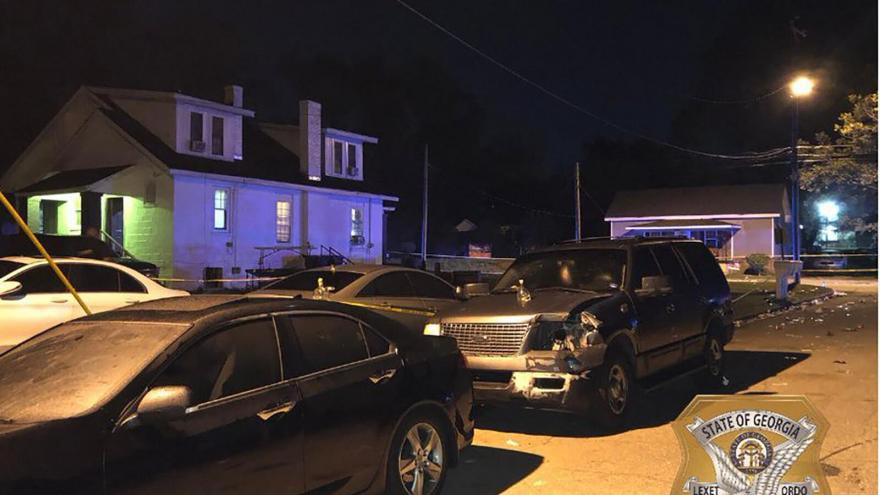 The scene of an overnight shooting at an off-campus party near Fort Valley State University in Georgia.

(CNN) -- One person was killed and seven more were injured in a shooting incident at an off-campus party near Fort Valley State University (FVSU) in Georgia on Saturday.

The Georgia Bureau of Investigations (GBI) is investigating the fatal overnight shooting, the agency said in a tweet.

It was Homecoming weekend at FVSU when the tragic incident occurred blocks away from the university campus, which is still an "active scene," according to GBI.

The individual who died was not an FVSU student, GBI confirmed, and the seven injured are in stable condition.

FVSU students were in attendance at the off-campus party, the university said in a statement.

"There were student injuries, but at this time, none have been reported as life-threatening," FVSU said. "As a precautionary measure, the campus was placed on lockdown until campus police determined there was no threat to the campus community."

The lockdown was lifted, but an alumni breakfast and homecoming parade that were expected to take place Saturday morning were canceled as a result of the incident.

The homecoming game will continue as scheduled but increased security protocols will be implemented, according to the university.

"Our thoughts are with the students and their families as they recover," FVSU said,

GBI urges anyone with information that will help in identifying the suspect(s), either by making an anonymous tip by calling 1-800-597-TIPS(8477), online, or through the See Something, Send Something mobile app.