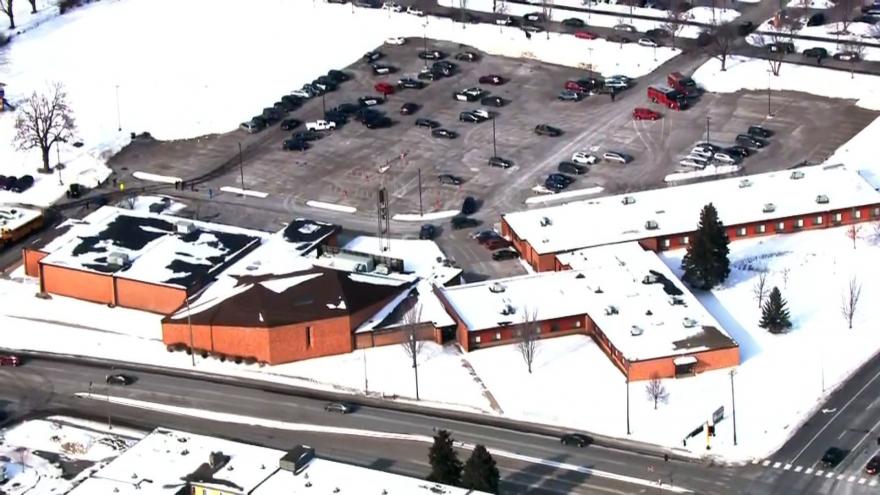 (CNN) -- One student is dead and one is injured after a shooting at a school in Richfield, Minnesota, officials announced Tuesday.

"This is a tragic day in the city of Richfield," Police Chief Jay Henthorne said during a news conference.

The shooting occurred just after noon on Tuesday at the South Education Center, the chief said, and when officers arrived they found two students who had been shot on a sidewalk outside of the school.

The suspects fled the scene immediately after the shooting, the chief said.

Both students were taken to a nearby medical center and one of the students succumbed to his injuries, the chief added.

The other student remains in critical condition, the chief said.

Law enforcement officials are searching for the suspects but determined if no further threat exists to nearby schools and the area.