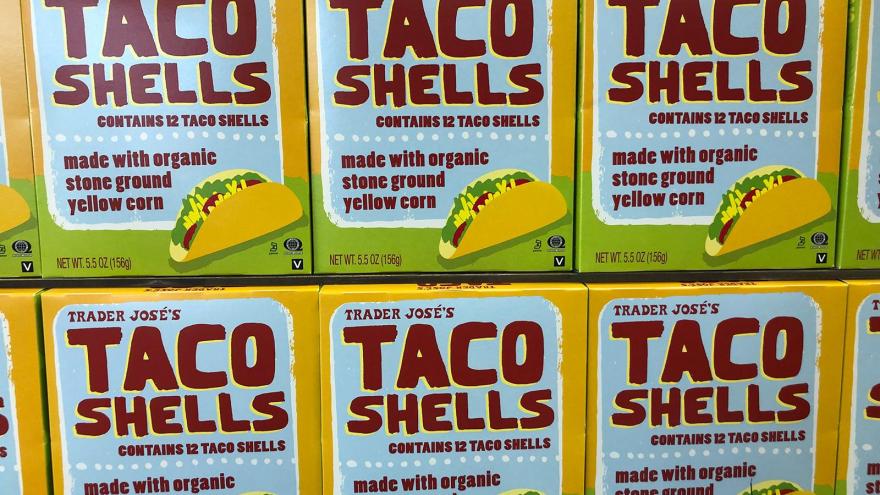 (CNN) -- More than 1,700 people have signed a petition urging Trader Joe's to change the labeling of some of its international food products, calling the grocery chain's branding "racist."

"The grocery chain labels some of its ethnic foods with modifications of "Joe" that belies a narrative of exoticism that perpetuates harmful stereotypes," the petition, which a California high school senior launched two weeks ago, reads.

It cites "Trader Ming's," the grocery chain's label for its Chinese products, "Arabian Joe," for its Middle Eastern products, "Trader José," for its Mexican products, and a handful of others as examples.

"The Trader Joe's branding is racist because it exoticizes other cultures - it presents 'Joe' as the default "normal" and the other characters falling outside of it," the petition says.

The grocery store chain, which first opened in Pasadena, California, in 1967, said it has already "been in the process of updating order labels, and replacing any variations with the name Trader Joe's."

"While this approach to product naming may have been rooted in a lighthearted attempt at inclusiveness, we recognize that it may now have the opposite effect -- one that is contrary to the welcoming, rewarding customer experience we strive to create every day," Kenya Friend-Daniel, a spokeswoman for Trader Joe's, said in a statement.

"Packaging for a number of the products has already been changed, but there's a small number of products in which the packaging is still going through the process," Friend-Daniel added.

Trader Joe's is the latest in a line of companies to rebrand its products following the widespread protests over racial inequality sparked by the death of George Floyd.

Last month, Quaker Oats announced that it was retiring the 130-year-old Aunt Jemima brand and logo, acknowledging that it was based on a racial stereotype. Uncle Ben's and Mrs. Butterworth's quickly followed.