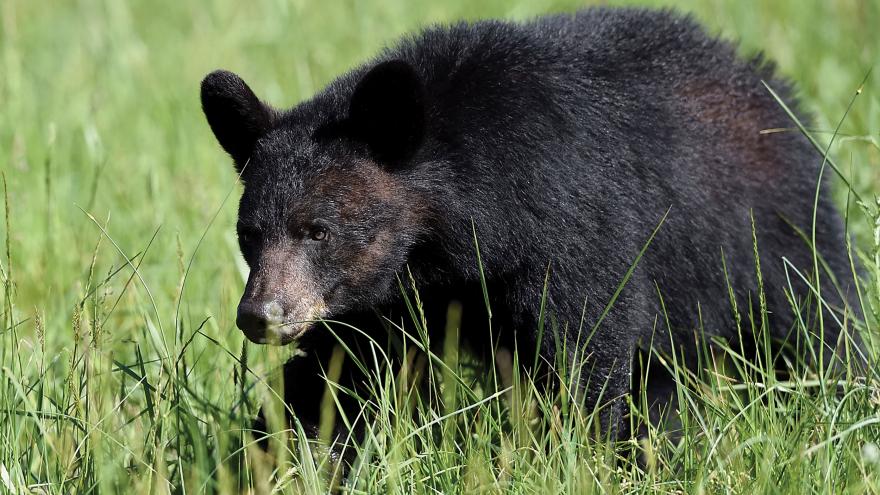 (CNN) -- A 72-year-old man and his dog are recovering after being attacked by a black bear in Oregon on Sunday, according to wildlife officials.

The man and his dog were hiking on private timberland property near his home in Creswell when they encountered a male black bear standing about 20 feet away from them, according to the Oregon Department of Fish and Wildlife (ODFW). Officials did not identify them by name, but issued a press release about their survival.

During their encounter, the dog started barking and ran toward the bear, the victim told police. The bear, who the victim said had a cream-colored muzzle, knocked down his dog and went on top of him. To try and scare the bear away, the man said he waved his arms in the air and yelled at him.

That's when the bear turned his attention toward the man, charging at him and knocking him to the ground, the man told police. He said he fought back and after a short time, the bear left.

"This was a very serious incident and the victim took the right steps by first trying to scare the bear off and then fighting back when he was attacked," Brian Wolfer, ODFW South Willamette Watershed Manager, said in a statement on Monday.

Both the man and dog were left injured by the attack but able to hike a mile back to their home to call for emergency assistance. The man had puncture wounds on his arm, cuts to his head and torso, according to the press release from wildlife officials.

He was treated and released from the hospital on Sunday. His dog also received treatment from the vet.

Both are expected to make a full recovery, according to officials.

"We extend our well wishes to him and his family and hope for his speedy recovery," Wolfer said.

While the black bear population in Oregon is between 25,000 and 30,000, human-bear incidents are rare in the state, according to officials. There have only been four previously reported incidents in the state since 1988, none of them fatal, ODFW said.

Wildlife officials, using service hounds, searched the area working off of a description of the bear the man gave them. They were able to locate a mature male bear with a light-colored muzzle that gave a short chase before being caught in a tree. Officials shot and killed the bear.

"There is a very good chance that the bear that was killed is the one that injured the man, but this area is also good bear habitat and home to many bears," said Wolfer.

"While we are not currently looking for another bear, the area will remain closed and trail cameras will be set up to see if there are other bears matching the description in the area."

Wildlife officials will now examine the bear and complete tests on it to see if it was carrying any diseases, such as rabies.