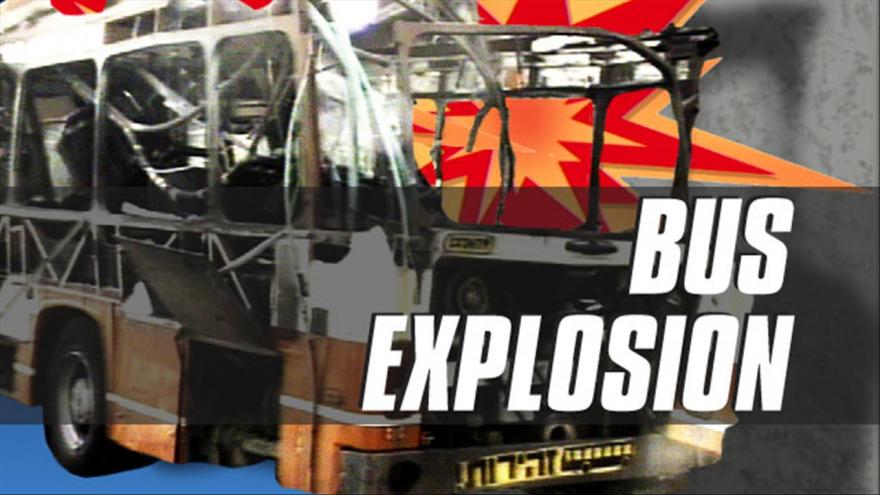 HELSINKI (AP) — A natural gas-powered bus that didn't have any passengers on it caught fire from an explosion in Sweden's capital, but there were no signs it was terror-related, Stockholm police said Sunday.

The city's police department tweeted that the bus driver was rushed to the hospital with severe burns but no one else was known to have been injured.

The department said the incident was being investigated as a traffic accident.

Photos and video footage from the scene showed the bus in flames and thick black smoke.

Stockholm fire and rescue officials were called to the Klara Tunnel in central Stockholm at about 11:25 a.m. local time.

Rescue worker Asa Skold told Swedish newspaper Aftonbladet the bus appeared to have collided with barriers at the top of the shallow tunnel's entrance, causing a gas tank on the vehicle's roof to explode.

The newspaper said the out-of-service bus was on its way to a bus depot.