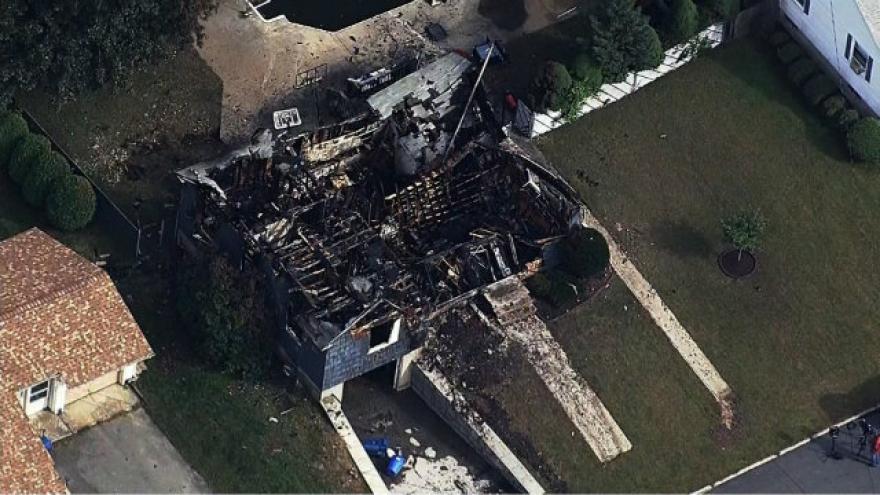 One person died, others were injured and 131 structures were damaged in Lawrence, Andover and North Andover, all located north of Boston. More than 60 suspected gas fires broke out, thousands of people were evacuated and 18,000 customers lost power at one point.

In its prelimary report, the NTSB said that a Columbia Gas-contracted work crew had removed a cast-iron main that included a gas pressure sensor in South Lawrence. Once that main line was disconnected, the sensing lines began losing pressure.

Regulators responded by increasing pressure in the distribution system, the NTSB said. When they didn't detect any system pressure, they allowed the full flow of high-pressure gas into the system, exceeding the maximum allowed.

The NTSB said Columbia Gas had developed and approved the work, but did not account for the location of the sensing lines nor require their relocation. Doing so would have ensured regulators could sense the actual system pressure.

Minutes before the fires and explosions, the Columbia Gas monitoring center in Columbus, Ohio received alarms for the South Lawrence system. One was at 4:04 p.m. and one was at 4:05 p.m., investigators said.

The center had no way to control valves, so workers reported the incident to the Meters and Regulators group in Lawrence at 4:06 p.m., as company protocol required.

Columbia Gas shut down the regulator at issue about 24 minutes after the first high-pressure alarm. By 7:34 p.m., the critical valves of that distribution system were closed.

Joe Hamrock, President and CEO of the parent company of Columbia Gas of Massachusetts, issued a statement Thursday.

"Because safety is our top priority, in the hours immediately after the incident we suspended similar work and enhanced procedures related to our low pressure systems," it said. "We saw these as responsible steps to take in the aftermath of the incident and while the facts were being gathered."

This NTSB investigation is ongoing.