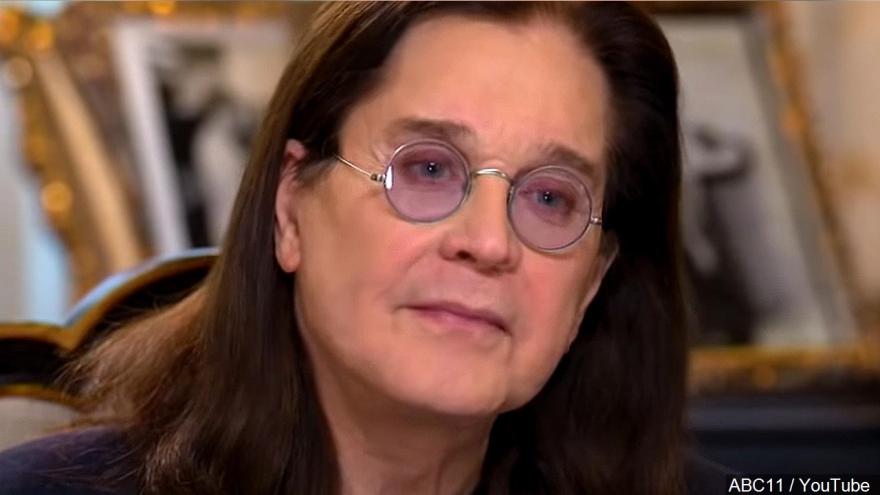 In an interview with Robin Roberts of "Good Morning America," which aired Tuesday, the legendary rocker shared the news with his wife Sharon at his side.

The 71-year-old musician said revealing his illness was like a weight being lifted.

"I feel better now that I've owned up to the fact that I have a case of Parkinson's," he said. "And I just hope (my fans) hang on and they're there for me because I need them."

Osbourne has had a number of issues since last year, including a severe infection and a fall he said led to him having the "worst" year of his life.

"When I had the fall it was pitch black," he said. "I went to the bathroom and I fell."

Osbourne said he "just fell and landed like a slam on the floor."

"I remember lying there thinking, 'Well, you've done it now.' Really calm," he said. "Sharon got me an ambulance. After that, it was all downhill."

He said he's been recovering for almost a year now.

"Next month, a year," Osbourne said "Worst, longest, most painful, miserable year of my life."

There's been plenty of speculation about the musician's health since he postponed his concert dates last year.

According to Roberts, Osbourne wanted to go public with his struggles given recent headlines that he was in failing health and "on his deathbed."

His wife, talk show co-host Sharon Osbourne, said the rocker suffers from "PRKN 2, which is a form of Parkinson's."

"There's so many different types of Parkinson's," she said. "It's not a death sentence by any stretch of the imagination, but it does affect certain nerves in your body. It's like you have a good day, a good day and then a really bad day."

Ozzy Osbourne said he's undergoing treatment for the disease and said fans shouldn't count him out.