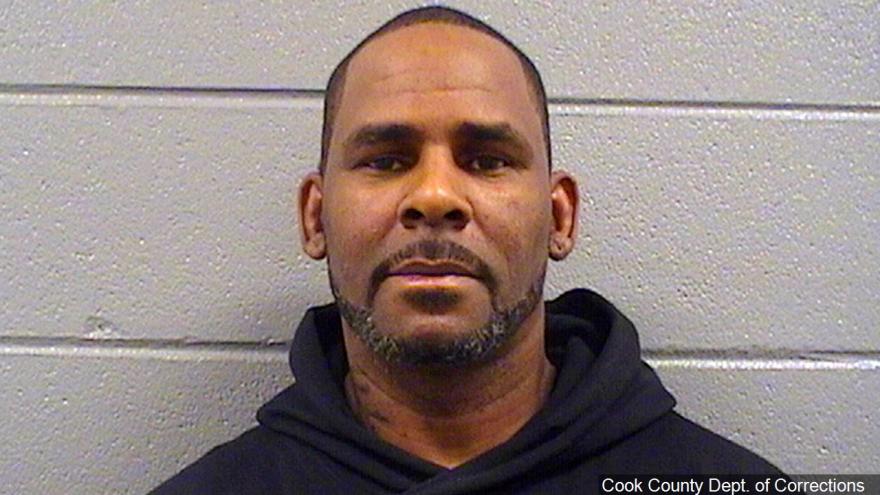 (CNN) -- The crowdfunding membership platform Patreon said it has closed the page purportedly belonging to R. Kelly's girlfriend, Joycelyn Savage, because of "potential impersonation" after the company couldn't verify the account holder's identity.

Starting over the weekend, a series of posts on the Patreon page accused the embattled singer of controlling and manipulative behavior, abuse and more serious allegations. CNN has not been able to independently verify that the posts on Patreon were from Savage or verify the allegations made against the singer.

In a statement on Tuesday, Patreon said: "After multiple unsuccessful attempts to verify the identity of the account holder, we closed the Patreon page allegedly associated with Joycelyn Savage due to potential impersonation." Patrons who signed up for the membership page were given refunds "and the creator did not receive any funds," Patreon said.

The account closure is the latest mystery in the story surrounding Savage. She hasn't talked to her family in years and her parents have been outspoken about their concerns for her well-being. But Savage has staunchly defended Kelly, including after he was indicted in February on criminal and sexual abuse charges.

Savage's family, in a statement on Tuesday through their attorney Gerald Griggs, continued to express concern for her safety.

"The recent statement from Patreon underscores the family concern for the safety of their daughter Joycelyn," the family said in the statement. "Numerous allegations made by the account were alarming and confirmed details from our independent investigation, therefore we also unsuccessfully reached out to the account."

CNN has been unable to reach Savage at the email address and phone numbers associated with her.

A post first appeared Friday on an Instagram account purportedly belonging to Savage saying there was something she needed to reveal "something I've [sic] should've talked about a long time ago."

Instagram said that it found evidence that the account had been hacked "some time ago," the New York Times reported Tuesday. The newspaper said that Instagram has restricted access to the rightful owner if she logs in again.

A Patreon page was created and launched last weekend, according to company spokeswoman Katie Uhlman. The posts began appearing on the page on Saturday.

In a tweet Saturday about the Patreon post, Greenberg alleged that Savage was "exploiting her long time, loving relationship with Robert ... It was not until the money ran out that she decided anything was wrong."

Addressing the Patreon post on Sunday, Savage's mother told ABC's Good Morning America she believed her daughter, 24, was "ready to tell the truth."

"She's came out with statements that we have been saying for the last two and a half years and it's pretty accurate," Jonjelyn Savage said on GMA. "I believe one of the primary reasons that she has the courage to speak up is because she knows he's actually in jail."

Kelly faces a slew of federal and state charges in Illinois and New York. He pleaded not guilty in August in a federal courtroom in New York to charges including kidnapping, forced labor and sexual exploitation of a child.

Kelly has vehemently denied any allegations of sexual misconduct in the past.

Where is Joycelyn Savage?

Joycelyn Savage's family said they don't know where she is. Her family is asking authorities to help them find her.

"With the potential dangers facing Joycelyn and her safety, we are asking for Law Enforcement to get involved in determining where Joycelyn is and whom is really behind the account that detailed potential crimes," her family said in the statement through Griggs.

In an email Tuesday, Chicago police Sgt. Rocco Alioto, said the department has not been contacted with any new allegations against Kelly. "Anyone who feels that they have been victimized should contact the jurisdiction where the incident occurred to begin the investigative process," he said.