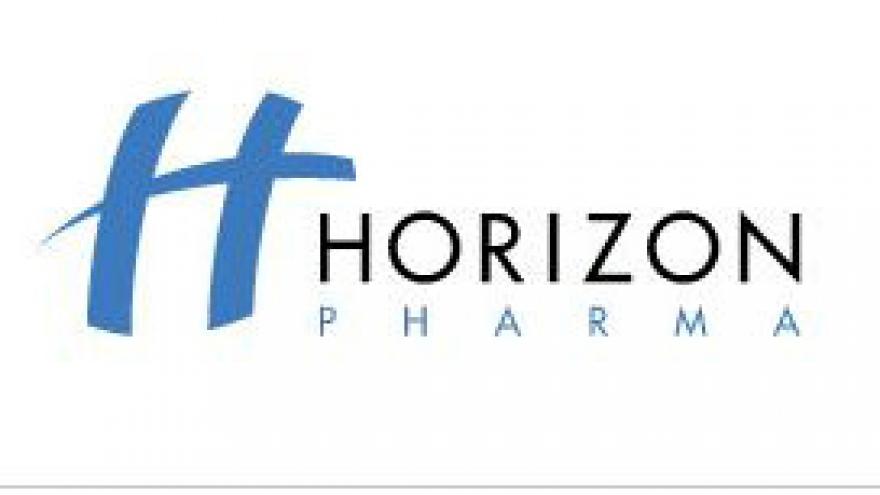 (CNN Money) -- An Irish drugmaker has jacked up the price of a painkiller to nearly $3,000 a bottle. The drug is 22 times more expensive than when the company acquired it in late 2013.

The sticker shock for Horizon Pharma's Vimovo drug is magnified by the fact that the painkiller's two main ingredients can be purchased separately -- for just $36.

Although patients typically pay just a fraction of the price for Vimovo, the dramatic price increase underlines what critics describe as a murky and wasteful system that ultimately leads to higher health care costs for all Americans.

A spokesman for Dublin-based Horizon said that the $2,979 wholesale price does not reflect "the cost to patients or the cost to the system." The company said it has programs to ensure that commercially-insured patients have access "at an affordable price" -- even if the patient's insurance refuses to cover the cost. Horizon estimates that 98% of all insured Vimovo patients pay $10 or less out of pocket.

The drug industry has come under increasing pressure from a series of scandals in recent years, including extreme price hikes on an AIDS drug by "pharma bro" Martin Shkreli and on lifesaving allergy treatment EpiPen by Mylan.

President Trump has repeatedly vowed to bring drug prices down. Just last month, Trump promised in during his State of the Union Address that his administration will work to fix the "injustice of high drug prices."

The day after Trump's speech, Horizon raised the average wholesale price on Vimovo by 9.9% to $2,979 per bottle. Horizon confirmed to CNNMoney the price increase, which was first reported by The Financial Times.

It's the latest in a series of about a dozen price hikes for Vimovo, which was listed at just $138 per 60-pill bottle in November 2013. That's when Horizon acquired the drug from AstraZeneca and began raising prices. Today, the painkiller accounts for just over 10% of Horizon's annual sales, providing cash the company uses to develop treatments for rare diseases.

Vimovo is especially controversial because it was created by combining naproxen, which is sold under the brand name Aleve, and esomeprazole, a medicine that lowers the risk of stomach problems caused by pain relievers. Those ingredients can be purchased by patients very cheaply separately.

However, Horizon said that Vimovo is a special formulation that's not the same as simply combining the two main ingredients.

A Horizon spokesman noted there are no FDA-approved generic, over-the-counter or clinically "equivalent" medicines to Vimovo.

Still, Horizon warned investors in an SEC filing in November that the "higher cost" of Vimovo compared with generic or branded forms of their active ingredients "may limit adoption by physicians, patients and healthcare payers." The company said "we have faced challenges due to pharmacists increasingly switching a patient's intended prescription" from Vimovo to a generic or over-the-counter brand of its active ingredient.

The sticker shock led at least two large pharmacy benefit managers, which negotiate with drug makers on behalf of employers and health insurers, to balk. Express Scripts and CVS Caremark put Vimovo on their exclusion lists until last year.

To counter the pricing concerns, Horizon has entered into rebate agreements with pharmacy benefit managers that lower the cost.

An Express Scripts spokeswoman said that Vimovo is currently on its non-preferred list. "This simply means it is not excluded from coverage, but also is not preferred," she said.

CVS Caremark did not respond to a request for comment.

Pricing in the pharmaceutical supply chain is notoriously-murky, despite the enormous consequences on the nation's bloated health care costs.

Confidential rebates and side deals between drug makers, PBMs and insurers make it almost impossible to determine who is really cashing in when drug prices go up.

"There is no transparency. It's a big black box," said Annabel Samimy, an analyst at Stifel Financial who covers Horizon.

Consider how Vimovo's net price -- the amount that Horizon makes after rebates -- has recently gone down. Horizon's filings indicate that Vimovo sales tumbled 54% through the first three quarters of 2017 due mostly to "lower net pricing."

"What you see between the gross price and net price is a big bubble -- and we don't know where the savings are passed on to," Samimy said. "You need to understand who's in the middle between the manufacturers and the patient."

Samimy noted that pharmacy benefit managers and insurers are extremely profitable even as patients grapple with higher premiums and some drug makers deal with lower net pricing.

"The system in the U.S. has created warped pricing. Everyone points fingers at each other and nothing gets fixed," said Samimy.