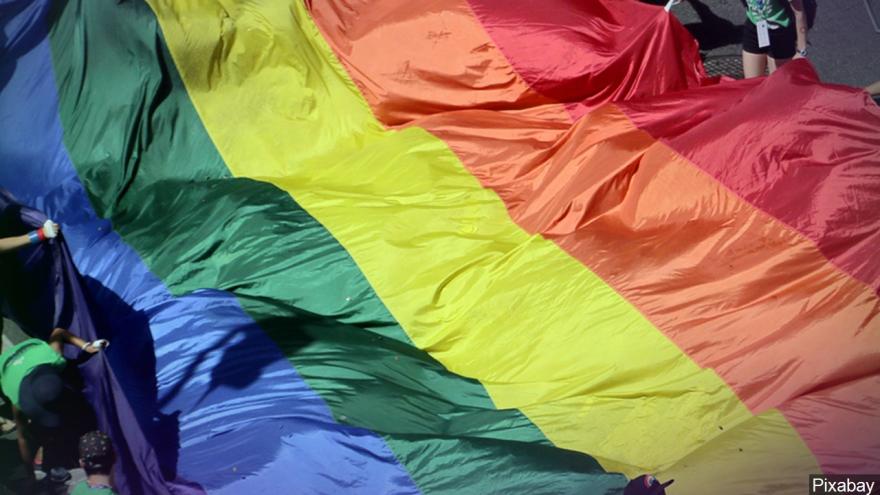 WASHINGTON (AP) — A panic caused by a mistaken belief that a gun had been fired during a pride parade in Washington, D.C., sent people running through the streets of the nation's capital on Saturday evening, city officials said. Police said some of the people who ran sustained minor injuries and seven were taken to hospitals.

"As the officers were going to the scene, there was a crowd of people going away from it and some of the individuals in the crowd said there was a man with a gun and that someone had fired a shot," said Guillermo Rivera, a commander with the Metropolitan Police Department.

The man was taken into custody and is facing a gun possession charge, Rivera said.

Mayor Muriel Bowser tweeted that she had been briefed by police and there were "no shots fired." She said fire department personnel were "on the scene to treat minor injuries / due to reports of a shooting."

Elizabeth Hernandez, 19, was among the thousands celebrating LGBTQ pride in the city when she said she heard "pop, pop" and suddenly barricades were being tossed over and a crowd of people starting running frantically from the area.

"Everything fell and everyone said 'run!,'" said Hernandez, of Falls Church, Virginia. She ran down the block and was pushed into a restaurant, where she went into a bathroom with a group of fellow revelers.

Ashley Smith, the president of Capital Pride Alliance, which puts on the event, said he saw people running toward him from Dupont Circle.

Rivera said police felt they had an "adequate amount of resources on the ground, which is why we were able to respond so quickly."