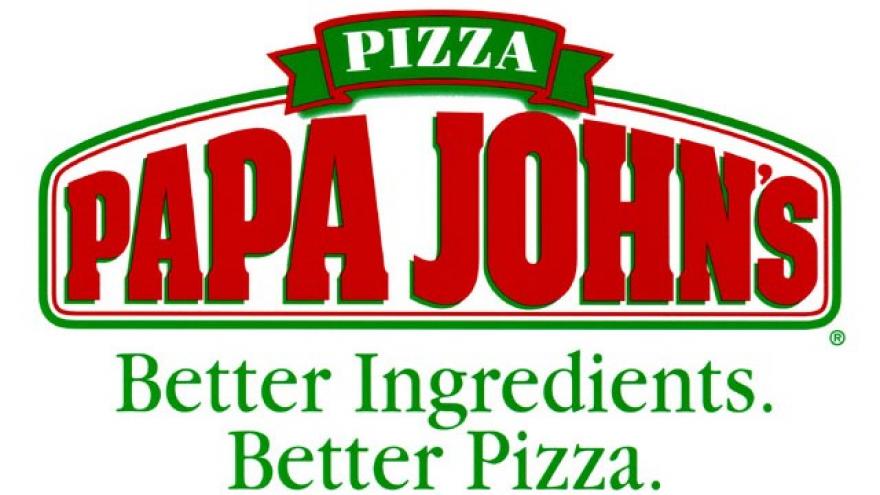 The pizza chain is considering a change to its logo, turning Papa John\'s into Papa Johns. Photo courtesy MGN

The company filed a trademark with the US Patent and Trademark Office in late August, but a company representative said that there are no immediate plans to start using the new logo.

It's no surprise that Papa John's is considering a fresh look. The company recently launched two ad campaigns seemingly designed to win back customers and employees disappointed in the behavior of John Schnatter, its founder.

Schnatter resigned his role as chairman in July after news broke that he had used the N-word on a conference call. He had already stepped down as CEO months earlier, after he caused a controversy by blaming the NFL for poor pizza sales.

Since then, Papa John's has been distancing itself from Schnatter, who was once featured in the company's ads and whose face used to adorn its pizza boxes.

Right now, the Papa John's logo, which features more traditional type in a domed frame, is "very traditional" and "maybe outdated," she said.

Papa John's filed a trademark for the logo, featuring two rectangles framing "Papa" and "Johns" in boxy font, with and without the company's "Better ingredients. Better pizza" tagline. Some versions are in red and green, and some in black and white.

They've "moved from a serif type to a sans serif typeface, which is perceived as being more modern,"noted Luke Wilson, clinical associate professor of marketing at NYU Stern.

Erik Gordon, clinical assistant professor at the University of Michigan's Ross School of Business, sees the dropped apostrophe as a subtle dig at the company's controversial founder, John Schnatter.

"I don't think any consumer will notice it, but he sure will," he said.

Schnatter declined to comment for this story through a representative.

A recent commercial, shot in August, features a diverse panel of franchisees and employees and echoes a message sent by CEO Steve Ritchie: Papa John's is bigger than one person.

"You've heard one voice of Papa John's for a long time," one employee says to the camera. "It's time you heard from all of us," said another.

Actually changing the name of the company would be tricky, Gordon said. "If you change your name, you maybe put at risk even more of the business."

Erdem said that when companies change their names, they lose valuable brand recognition.

"There's so much awareness around the name," said Erdem. "I think a company would do that only if really, really the brand is so tarnished, you want to be forgotten."