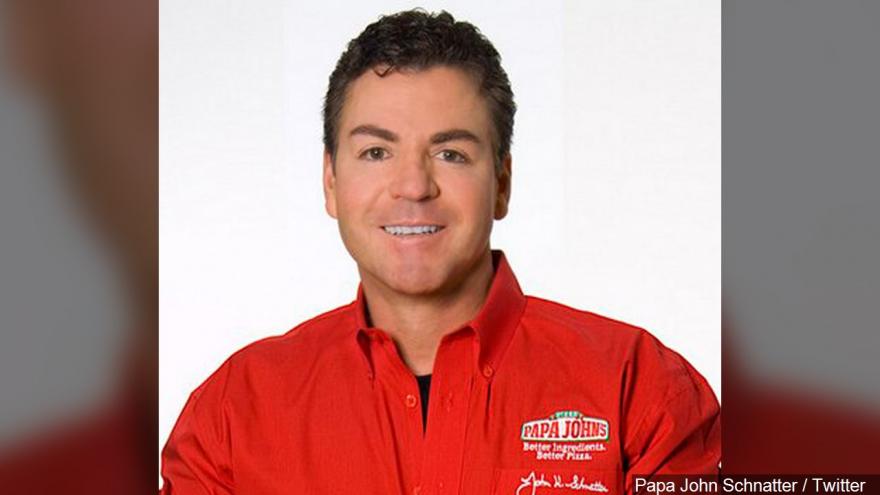 LOUISVILLE, Ky. (AP) — Papa John's is attempting to ward off its controversial founder from amassing a controlling stake in the company by adopting a "poison-pill" plan.

The company is struggling to distance itself from John Schnatter, who resigned as chairman this month after his use of a racial slur during a media training session was revealed. Schnatter has since said his resignation was a "mistake" and criticized the company's handling of the incident.

Papa John's, based in Louisville, Kentucky, said its shareholder rights plan would be activated if anyone acquires 15 percent or more of outstanding shares without board approval. The plan works by letting shareholders buy additional stock at a discounted price, which in turn would dilute the acquirer's shares.

Papa John's said Schnatter and his affiliates, who currently own more than 30 percent of shares, have been grandfathered into the plan. But they will be considered an acquiring party if they amass 31 or more of shares, the company said.

The company said the plan won't keep its board from considering any offer that is fair and in the best interest of shareholders.

Schnatter, who founded the company in 1984, had already stepped down late last year as CEO after blaming disappointing pizza sales on the NFL's handling of the player protests during the national anthem. After this month's controversy, Papa John's said it would start scrubbing Schnatter's image from its marketing materials and that it is evaluating all ties with him.

Schnatter remains on the company board.

After reporting Schnatter's use of a racial slur, Forbes published another story last week detailing a corporate culture where women were subject to sexist behavior. The magazine said male employees made crude comments without consequence, and that executives were rewarded based on their personal ties to Schnatter.

A representative for Schnatter said the story contains "numerous inaccuracies and misrepresentations."

In a note to investors Monday, Stifel analyst Chris O'Cull said the outlook for Papa John's is "growing dimmer" and that media reports are reinforcing the public perception that it's not a trusted brand.

Shares of Papa John's International Inc. are down more than 30 percent over the past year.