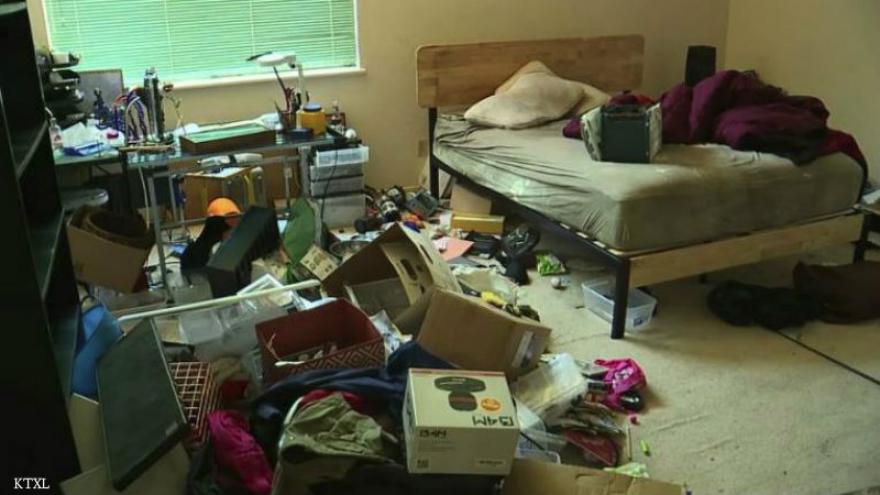 By Eric Levenson and Paul Vercammen

(CNN) -- When police searched the Northern California home of Ina Rogers and Jonathan Allen and their 10 children, they said they found disgusting conditions.

Garbage and spoiled food were all around. Animal and human feces and urine were spread across the floor. Large piles of debris made areas of the house impassable.

"It was obviously unsanitary and not a condition that children -- or any human probably -- should be living in at the time," Fairfield police Lt. Greg Hurlbut said Monday. "It went beyond somebody simply not cleaning the house for the day." 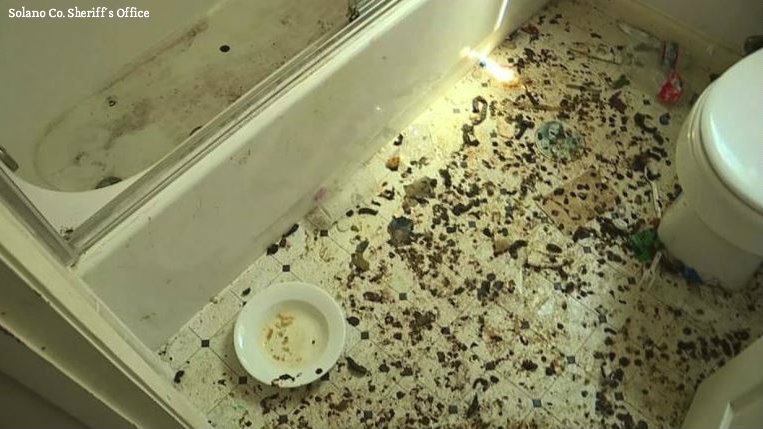 Police said the conditions suggest child abuse of the 10 children, who range in age from 4 months to 11 years old, police said. Rogers and Allen now face allegations of child neglect, torture and abuse after the children told investigators they suffered puncture wounds, burns and bruising as well as injuries consistent with being shot by pellet guns or BB guns.

"I've been doing this a long time, I was a prosecutor for 22 years, and have not seen a case of such overwhelming evidence of mental, emotional, physical abuse by the hands of their parents," Solano County District Attorney Krishna Abrams said.

On Tuesday, Rogers was charged with nine counts of felony child abuse in addition to a misdemeanor charge of child cruelty that she already faced. She pleaded not guilty on Wednesday and her bail was set at $495,000.

Allen was charged Monday with nine counts of felony child abuse as well as seven counts of torture. He has pleaded not guilty to the charges.

Both denied wrongdoing in interviews with local media. Rogers, 30, said she was a good mother to her children.

"I strive and I pride myself on being a good parent to my children," Rogers told CNN affiliate KGO/KTXL. "My husband has a lot of tattoos, he looks like a scary individual, and that's why people are so quick to judge him. But absolutely not, my husband is an amazing person. I am an amazing mother."

She denied torturing or abusing the children.

"They searched them head to toe. So now you're telling me that there's torture and abuse? Absolutely not. Absolutely not," Rogers told KTXL.

Other relatives take custody of children

Hurlbut said he believed the children were home-schooled.

The authorities' involvement began March 31 when Fairfield police were called to find a missing 12-year-old child. They found the child asleep under a bush in a nearby residence and returned the child to the home, where they conducted a search due to concerns about the children's safety, police said.

Rogers was arrested and booked that day into the Solano County Jail on one count of child endangerment, according to prosecutor Sharon Henry of the Solano County district attorney's office. The earliest charge dates to 2014, Henry said.

At that point, the 10 children were taken into protective custody by Solano County Child Welfare Services, and placed in the care of relatives. Away from their parents, the children revealed a history of severe physical and emotional abuse, police said.

Based on that information, an arrest warrant was issued for the father. Allen, 29, was served with the arrest warrant Friday and charged with seven counts of torture and nine counts of felony child abuse, according to police. His bail was set at $5.25 million, and he is due back in court May 24, according to court records.

In an interview from jail with CNN affiliate KCRA , Allen insisted that his children were brainwashed into thinking they were abused.

"The case is just horrifying," Abrams told CNN. "Our whole goal in this is to just make sure that the children are in a safe place and that they have the resources to help them."

"The charges are serious and we'll be looking at them closely," Najera said.