Parents of 628 migrant children separated at border still have not been found, court filing says 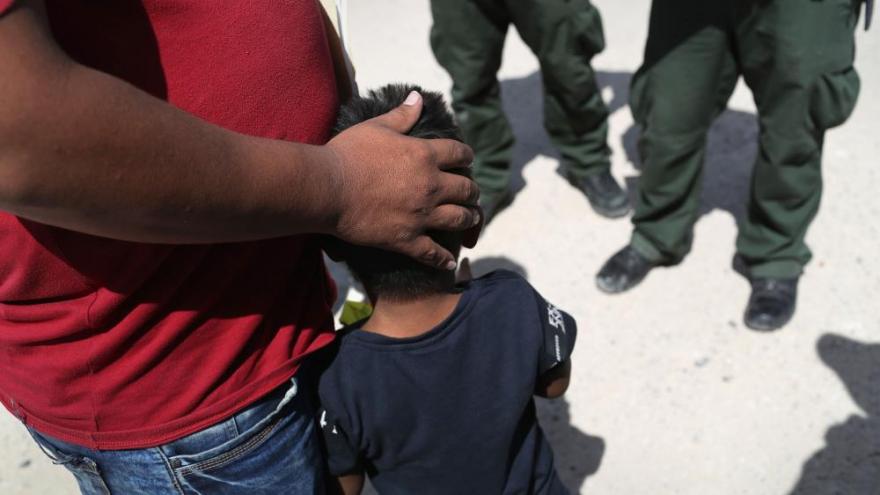 U.S. Border Patrol agents take a father and son from Honduras into custody near the U.S.-Mexico border on June 12, 2018 near Mission, Texas.

(CNN) -- The parents of 628 migrant children separated from their families due to Trump administration policies at the US-Mexico border between 2017 and 2018 have still not been located, according to a Wednesday court filing.

The filing from the Justice Department and the American Civil Liberties Union is part of an ongoing effort to identify and reunite families more than two years after the so-called "zero tolerance" policy was created.

As of early November, the parents of 666 children had not yet been found, according to ACLU attorney Lee Gelernt.

Wednesday's filing also revealed that the administration will hand over information from the Executive Office for Immigration Review, an agency under the Justice Department that oversees the US immigration court system. That database will provide needed phone numbers and addresses to locate additional families.

"We've been asking them for any additional information they have forever and we only finally got this information after outcry that parents still could not be found and the issue reached the presidential debate level. This is information we should've gotten a year ago, at least a year ago," Gelernt told CNN.

"We hope we can find a significant number of parents and children through this information. But make no mistake about it: Not only has the Trump administration not been helping us, but it's now clear they failed to disclose information in their possession," he added.

In 2018, the Trump administration announced the "zero tolerance" policy, in which the Justice Department initiated criminal prosecutions of every adult illegally crossing the border. Doing so resulted in the separation of thousands of families, including those with infants, some only a few months old, because children can't be kept in federal jail with their parents.

While a federal court order forced the reunification of many of those families, an explosive government watchdog report released last year revealed there could be thousands more who hadn't previously been acknowledged by officials.

Biden also pledged to sign an executive order to form a task force that will focus on reuniting separated families.

A court-appointed "steering committee" has tried to locate those families, but Covid-19 hampered reunification efforts. Attorneys have since resumed on-the-ground attempts to locate families.