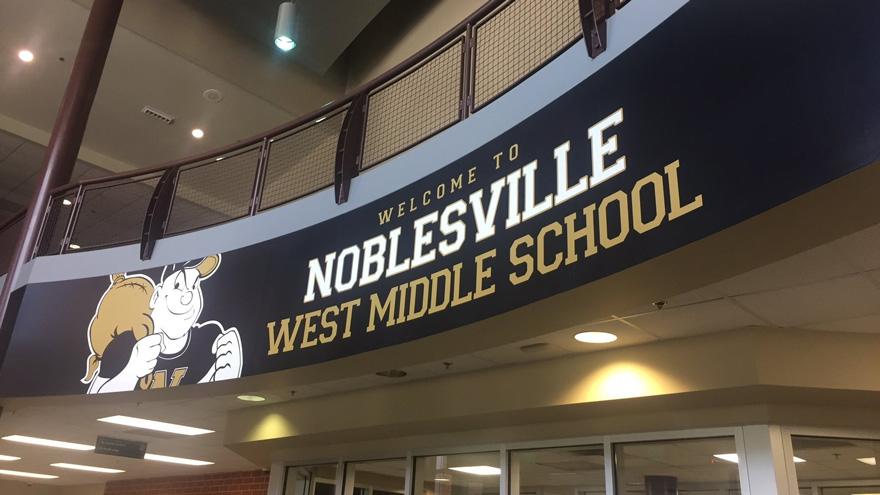 NOBLESVILLE, Ind. (AP) — The parents of a 13-year-old girl who was shot seven times by a classmate at a suburban Indianapolis school are suing the young assailant's parents, seeking damages for their daughter's injuries.

Ella Whistler 's parents allege that negligence by the boy's parents led to their daughter suffering life-altering injuries in the May 25 shooting at Noblesville West Middle School.

Science teacher Jason Seaman ended the shooting when he tackled the youth in his classroom at the school about 20 miles (32 kilometers) north of Indianapolis. The former college football player was shot three times in the attack.

Ella Whistler was shot in the face, neck and upper chest and one gunshot severely damaged an artery in her right arm, and had to be replaced. Whistler's parents have said doctors believe her arm may never fully recover, and that she cannot wash her own her hair, button clothing or play contact sports.

The family is seeking damages in an amount that "will fairly compensate them for the losses and damages they have and will continue to sustain as a result of Defendants' negligence, and all other just and proper relief."

An attorney for the boy's parents declined comment Thursday on the lawsuit.

The boy admitted to the attack during a juvenile court hearing last month. A judge on Nov. 14 ordered the youth held in a state juvenile detention center until he's 18 or deemed rehabilitated.

The Whistlers and their daughter filed their civil suit days later in Hamilton County.

The suit claims the boy's parents "knew or should have known" that their son had an obsession with firearms and violence, suffered from mental and psychological disorders, and "took pleasure in violence in others and lacked empathy." It also contends the parents should have prevented the boy from having access to guns, ammunition and other weapons, and monitored his internet use.

Prosecutors said the boy took two handguns and more than 100 rounds of ammunition owned by his father from a safe in the basement of his family's home, and brought them to school in a backpack. The boy's mother had testified that he had found the keys to the safe.

The Associated Press isn't using the boy's name because he was charged as a juvenile.