Parents to Congress: My child depends on CHIP for health insurance 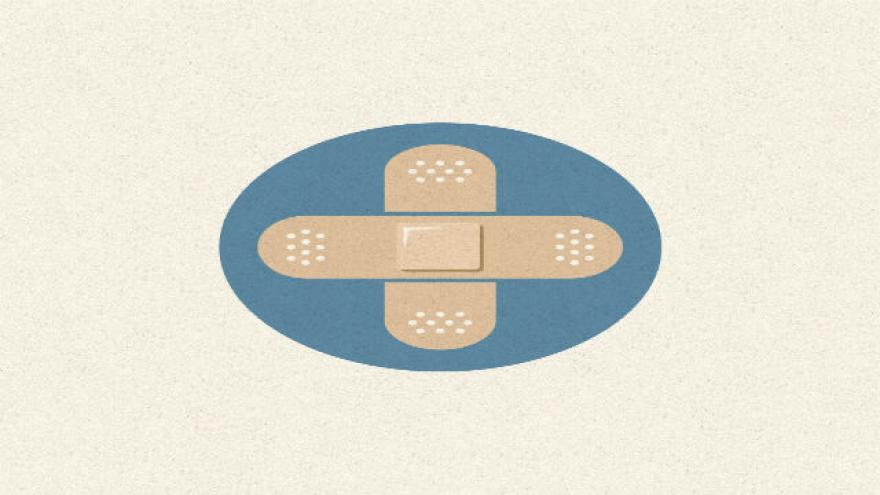 More than a million lower-income children are at risk of losing their health insurance next year if Congress doesn\'t act soon. Federal funding for the Children\'s Health Insurance Program ran out at the end of September, 2017. Photo courtesy Tiffany Baker/CNNMoney

(CNN Money) -- Hazel Hoffman is only five years old, but her medical bills are already through the roof. The little girl suffers from a form of epilepsy that has sent her to the hospital multiple times with severe seizures. Her medications alone cost more than $1,500 a month.

Hazel's mother, Rachael, can only afford the care her daughter needs because she is in the Children's Health Insurance Program, known as CHIP. It picks up the entire cost of Hazel's medications, hospitalizations and lab work with no monthly premium. Hoffman, a receptionist at a preschool, would have to pay $500 a month for her employer's plan, which would only cover half of the cost, leaving them "absolutely no money" for food or basic necessities.

Hoffman, however, is terrified that Hazel may lose this vital coverage. Funding for the federal program ran out on Sept. 30, and Congress has yet to reauthorize it. Lawmakers on both sides of the political aisle say they want to continue the program but are arguing over how to pay for it.

"It's really scary that your child's life is a game of football to people," said Hoffman, 30, who lives in Orland Park, Illinois.

CHIP covers about nine million children whose parents usually earn too much to qualify for Medicaid but not enough to afford private health coverage. A typical family of four, with children covered by CHIP, earns no more than $62,000 a year.

Since the federal funding expired, states have been able to keep their CHIP programs going by using their unspent allotments and by receiving grants from the federal Centers for Medicare & Medicaid Services. But many are expected to run out of money soon.

Some 16 states project they'll exhaust their funds by the end of January, while another 20 states and the District of Columbia say they can last either until February or March, according to a recent report by the Kaiser Family Foundation.

Some states will terminate their plans once the money is gone. Colorado has already sent a letter to parents saying the program may end on Jan. 31 if Congress doesn't reauthorize the funding. Utah and Oklahoma have posted notices on their websites that warn that coverage may end or be reduced.

Other states must continue insuring the children, but will have to foot more of the bill themselves. This will wreak havoc on those state budgets.

For parents, however, only one thing matters -- that their children have health insurance that they otherwise wouldn't be able to afford.

Hope Galens started signing her children up for CHIP soon after the program began 20 years ago. Now, her younger son, Perry, depends on it to cover the five medications he takes for a metabolic condition.

Galens works in customer service at a small tech company. Her husband, Stephen, owned a dairy farm but recently began working at a veterinary clinic after selling the cows.

Bringing Perry onto her work insurance would eat up nearly an entire paycheck, Galens said. Currently under CHIP, they pay only $30 a month in premiums for their 16-year-old son.

"We struggle enough as it is," said Galens, 55, who lives in Clifton Springs, New York, and has two older children. "I can't even bring myself to imagine how devastating this would be."

Even families who consider themselves middle class say they can't afford to pay for health insurance for their kids.

Take Kristina and David Turtura, who live with their 6-year-old son, Noah, in Liverpool, New York. She is a paralegal, and he is a driver at a warehouse. Adding Noah to her policy at work would cause Kristina Turtura's monthly premiums to jump by more than $200, and they'd be responsible for co-payments when he gets care. CHIP costs them $60 a month and has no co-pays.

"We aren't sitting home sponging off the system," she said. "We each work 40-plus hours a week. Sometimes families really need just a little extra help to ensure that their child is properly taken care of."

While many parents have been left wondering how the stalemate in Congress will affect their families, Mark and Allison Berger recently learned that their two young daughters could lose their CHIP coverage in less than two months. The Boulder, Colorado, family received a letter from the state saying they should start looking for private coverage and address any medical care the girls need before February.

The Bergers -- he is a freelance commerical artist and she's a preschool teacher -- don't know how much it would cost to add their daughters to their Affordable Care Act policy, but they fear it will be a serious financial blow. The CHIP plan has no monthly premium and only a small co-pay for care. The couple expect they would no longer be able to save for retirement or for the kids' college, and they'd have to pull their daughters out of after-school sports and summer camps.

"The uncertainty created a lot of anxiety," said Mark Berger, 47. "I won't have what I want to have for my family."