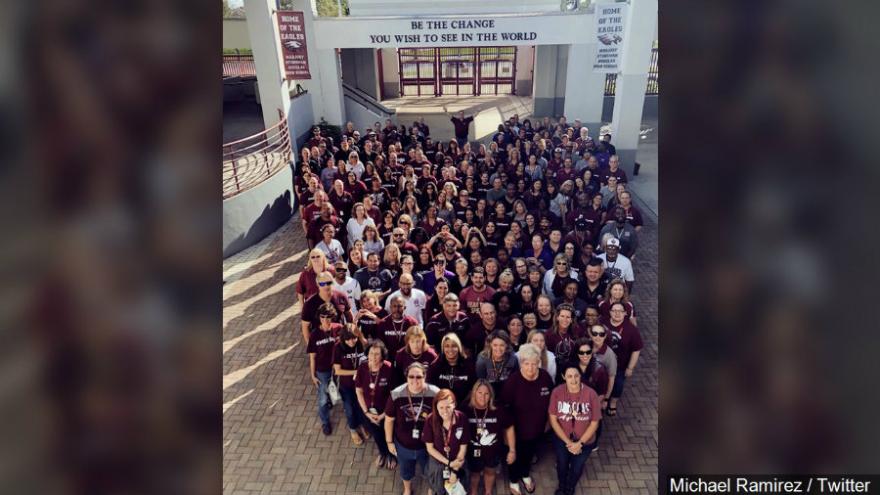 Kyrah Simon from Marjory Stoneman Douglas High School in Parkland, where 17 people died on Feb. 14, told the crowd largely made up of young people Friday evening that their voices matter.

Former Rep. Gabby Giffords, who was gravely wounded in a 2011 shooting, told the crowd to vote on Election Day to effect the change they want. Entertainers Jennifer Hudson, Chance the Rapper and will.i.am also appeared.

The Parkland students are planning more than 25 stops during a two-month tour targeting communities rocked by gun violence or where lawmakers supported by the National Rifle Association are seeking office.

This version of the story corrects the year when Gabby Giffords was gravely wounded to 2011 from 2012.