Passengers swim to safety after fire on casino shuttle boat 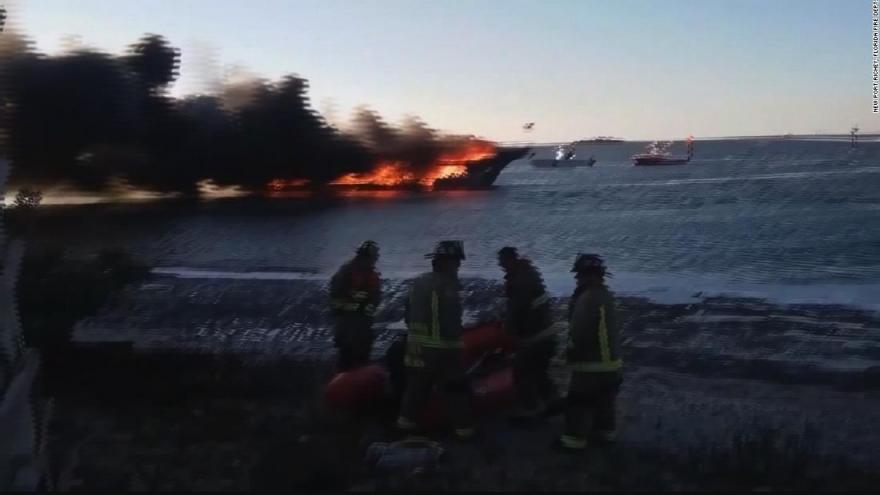 (CNN) -- Fifteen people were injured Sunday when a fire broke out on a shuttle boat taking passengers to a casino boat near New Port Richey, Florida, north of Tampa.

There were 50 people on board when the fire started about half a mile from shore, said Shawn Whited, the Pasco County fire division chief. All made it to shore.

Officials said the boat's captain saved lives because he turned the boat around when he noticed the flames, managing to get closer to shore and making it easier for first responders to reach those in the water.

Officer Jason Zimmerman of the New Port Richey Police Department said some of the older passengers were face down in the water when he reached them.

"If we didn't show up at the time we did, there were going to be serious consequences," Zimmerman said.

The 59-degree water combined with Gulf breezes created a risk of hypothermia for the passengers, emergency officials said.

"They were absolutely frigid when they got out of there," Fossa said.

The first 911 call about the fire came in around 4:15 p.m., CNN affiliate WFTS reported. The boat was still burning about two hours later.

The fire broke out near waterfront homes, and passengers who jumped out and swam to shore ended up in backyards, a witness, who gave her name only as Hala, told WFTS.