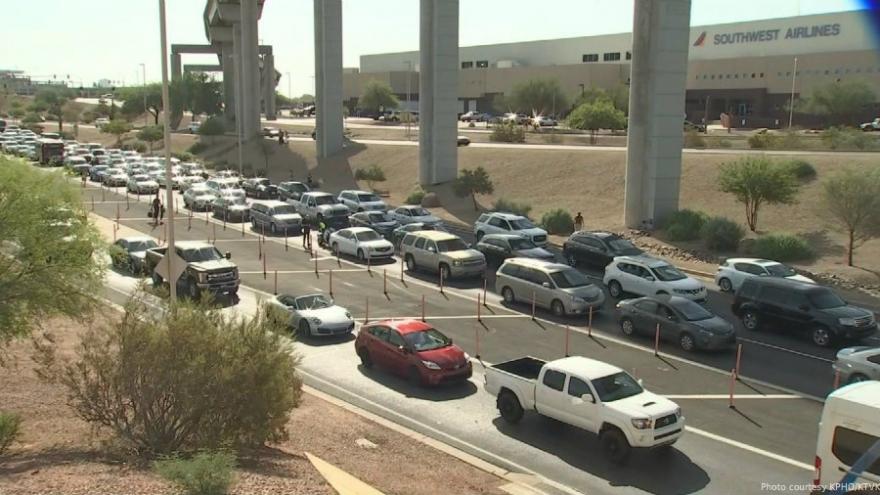 Phoenix, AZ (KPHO/KTVK) -- The man who left his car unattended at the Sky Harbor Terminal 4 drop-off sparking an evacuation and forcing the cancellation of dozens of flights received a parking citation, but no other charges are being filed.

Operations at Terminal 4 were disrupted for about five hours Sunday morning after a rental car was spotted parked at the second-floor passenger drop-off area.

The vehicle was quickly deemed suspicious and standard protocol invoked, including calling in the Phoenix Police Department Bomb Squad to check the car.

“The Bomb Squad was ultimately able to inspect the vehicle thoroughly and determined it was not a danger to the community,” Phoenix Police Sgt, Tommy Thompson said in an email update Monday morning.

Traffic was at a standstill outside of the airport for hours.

“The man received a Notice of Violation for violating Phoenix City Code 36-134.4, ‘Prohibited Parking per Sign or Red Curb,’ from an Airport Operations Assistant,” according to Thompson. “It carries a $52 fine and the man will have to pay towing fees of $75. No other charges are being sought at this time.”

The City of Phoenix said American and Southwest airlines had 53 cancellations. Other affected airlines include Air Canada, American, British Airways, Volaris, WestJet and Condor. There were more than 90 delays.