Peaceful Portland protesters will not be prosecuted to avoid 'irreparable harm,' DA announces 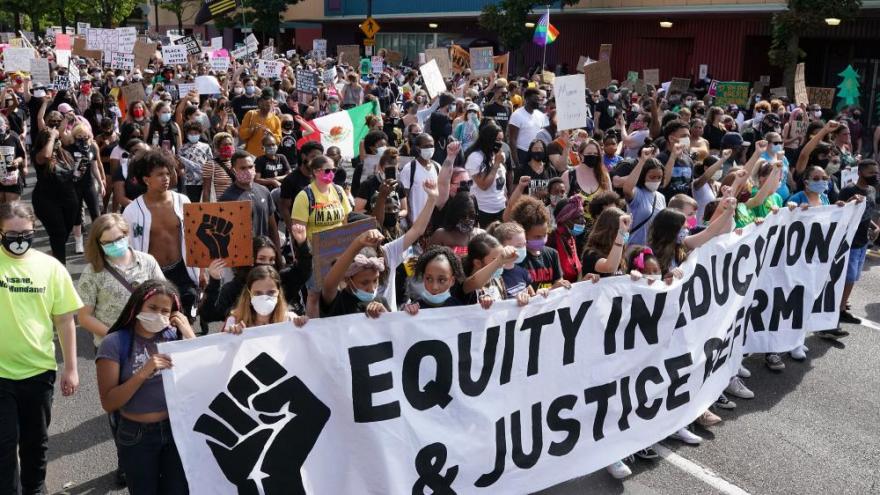 Peaceful Portland protesters will not be prosecuted to avoid 'irreparable harm,' DA announces.

(CNN) -- Portland prosecutors will not "leverage the full force of the criminal justice system" on protesters who gathered peacefully in the wake of George Floyd's death, the district attorney said.

The Multnomah County District Attorney's Office will decline to prosecute cases against protesters in which the most serious offense does not include property damage, theft, threats or use of force against another person, District Attorney Mike Schmidt said Tuesday. Charges of resisting arrest and assaulting a public safety officer will be further scrutinized before prosecution, he said.

"If we leverage the full force of the criminal justice system on individuals who are peacefully protesting and demanding to be heard, we will cause irreparable harm to them individually and to our society," Schmidt said.

Portland has been a site of ongoing demonstrations since Floyd's death in May in Minneapolis police custody, with large groups calling for an end to racial injustice and police brutality. Though the protests have been largely peaceful, protesters have clashed with police, and a demonstration over the weekend was declared a riot by Portland police.

"As prosecutors, we acknowledge the depth of emotion that motivates these demonstrations and support those who are civically engaged through peaceful protesting. We will undermine public safety, not promote it, if we do not take action to bring about immediate change," Schmidt said.

Offenses that include acts of intentional physical violence, such as assault and arson, will continue to be prosecuted under their prior policies, Schmidt said.

Two weeks ago, the Trump administration reached an agreement with Oregon's Democratic governor to withdraw federal officers from downtown Portland, though the Department of Homeland Security said it will maintain a presence in the city until it believes federal locations there are secure.

Demonstrations have taken place each night for more than two months, police said