Pelosi and Alexandria Ocasio-Cortez to meet next week 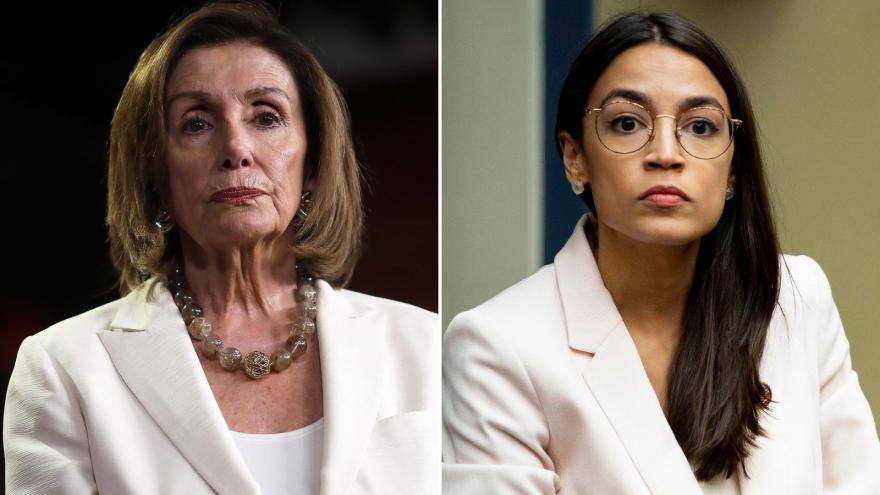 (CNN) -- House Speaker Nancy Pelosi and Rep. Alexandria Ocasio-Cortez, who have been working to schedule a one-on-one sit-down, will meet on Thursday of next week, a spokesman for Pelosi confirmed to CNN.

The meeting comes after a high-profile clash between Pelosi and the freshman Democratic congresswoman from New York.

After Ocasio-Cortez and three other progressive freshmen known as "the squad" opposed a House border aid bill, Pelosi downplayed their influence within the House Democratic caucus, telling The New York Times, "All these people have their public whatever and their Twitter world," but adding, "But they didn't have any following. They're four people and that's how many votes they got."

"That public 'whatever' is called public sentiment," Ocasio-Cortez fired back on Twitter. "And wielding the power to shift it is how we actually achieve meaningful change in this country."

Speaking at a town hall on Saturday in Queens, New York, Ocasio-Cortez said the meeting is "just to have a more open conversation with the speaker" to see "what opportunities there are and really just kind of getting the lay of the land on where things -- where we are as a caucus."

"I think overall it's to have a more open-ended conversation and see what we can do to come together on strategy. Certainly immigration is a part of that conversation," she said.

The New York Democrat also defended her opposition to the border aid bill Sunday, saying in part that the legislation "wasn't humanitarian."

House Democrats did unify this week, however, in denouncing President Donald Trump's racist attacks on Ocasio-Cortez along with the three other progressive Democratic freshmen congresswomen of color -- Reps. Ilhan Omar of Minnesota, Rashida Tlaib of Michigan and Ayanna Pressley of Massachusetts.

Pelosi rushed to the defense of the four congresswomen after the President over the weekend used racist language to attack them, suggesting that they should "go back and help fix the totally broken and crime infested places from which they came."

The House voted to condemn the comments this week.