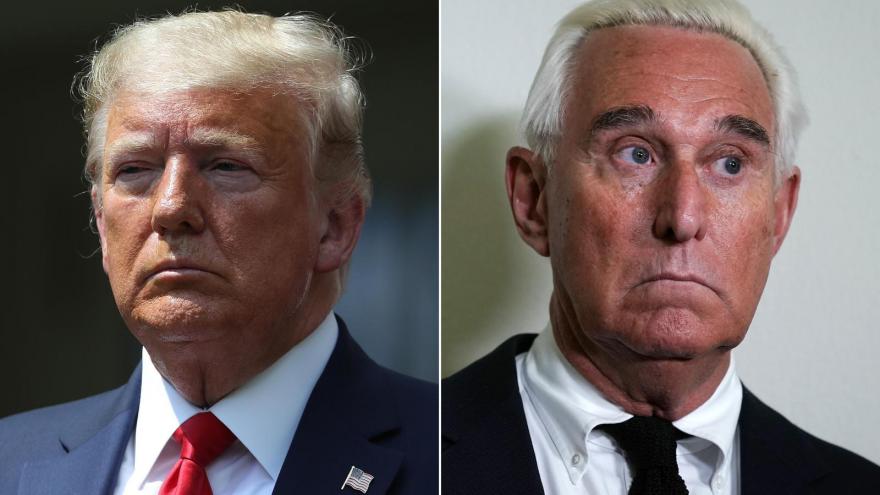 "President Trump's decision to commute the sentence of top campaign advisor Roger Stone, who could directly implicate him in criminal misconduct, is an act of staggering corruption," Pelosi said in a statement.

Pelosi said that Congress will take action to "prevent this type of brazen wrongdoing" and that legislation is needed to "ensure that no President can pardon or commute the sentence of an individual who is engaged in a cover-up campaign to shield that President from criminal prosecution."

The President has broad constitutional power to pardon and grant clemency, and Friday night the White House announced that Trump commuted Stone's sentence days before he was set to report to a federal prison in Georgia.

Stone was convicted in November of seven charges, which included lying to Congress and witness tampering, as part of former special counsel Robert Mueller's Russia investigation. Among the things he misled Congress about were his communications with Trump campaign officials, which prosecutors said Stone hid out of his desire to protect the President.

Trump's move spares Stone from having to serve jail time after a judge sentenced him in February to 40 months in prison -- but the guilty verdicts remain on the books.

The President defended his decision in his first public comments on the matter Saturday.

"Roger Stone was targeted by an illegal Witch Hunt that never should have taken place. It is the other side that are criminals, including Biden and Obama, who spied on my campaign - AND GOT CAUGHT!" the President wrote on Twitter.

Trump nor his allies have offered any proof that former President Barack Obama or former Vice President Joe Biden had "spied on" Trump's 2016 campaign.

The President appeared to be referring to court-authorized wiretaps of former Trump campaign official Carter Page -- after he had left the campaign -- although the Justice Department later said it had "insufficient" reason to continue the wiretaps.

Schiff, a Democrat, argued that such actions establish two standards of justice in the United States -- one for Trump's "criminal cronies" and another for everyone else.

He argued that legislation to curb future abuses needs to be passed, pointing to a bill he introduced in March 2019.

Schiff's bill, the "Abuse of the Pardon Prevention Act," would require any evidence be provided to Congress if a president grants clemency to an individual tied to an investigation in which the President or family members is a witness, subject, or target

The bill was introduced amid Schiff's concerns that Trump would "undermine" Mueller's investigation by using his pardon powers and before Trump's former campaign manager Paul Manafort was scheduled to be sentenced.

As Democratic leadership on Saturday condemned the President's act of clemency for his friend, most Republican lawmakers have so far remained quiet on the matter.

Senate Majority Leader Mitch McConnell's office had no comment on Stone's commutation. And a spokesman for House Minority Leader Kevin McCarthy hasn't responded to a request for comment.

"Unprecedented, historic corruption: an American president commutes the sentence of a person convicted by a jury of lying to shield that very president," the Utah Republican said on Twitter Saturday.

White House press secretary Kayleigh McEnany responded to Romney's comments on Saturday, saying in part that "the only 'unprecedented, historic corruption' that occurred was during the Obama-Biden administration." McEnany, in her Saturday response, also repeated some of the false claims the White House made Friday in a lengthy statement following the commutation.

Once the party's standard bearer and presidential nominee, Romney is often one of the GOP's only members voicing opposition to some of Trump's actions.

This story has been updated to include comments from Sen. Mitt Romney and the White House's reaction to them.