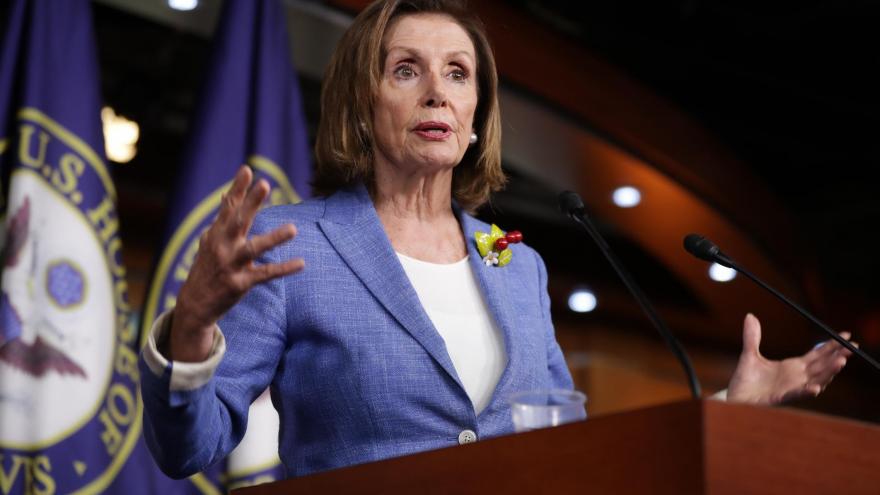 "We expressed our continued appreciation for the strategic partnership between the U.S. and Jordan and engaged in a constructive dialogue on regional stability, counterterrorism, security cooperation, Middle East peace, economic development and other shared challenges," she said.

The meeting comes as the US closely monitors the situation in Syria after Vice President Mike Pence and Secretary of State Mike Pompeo brokered a ceasefire between Turkey and Syria last week. That agreement followed the withdrawal of US troops from Syria, which shares part of its southern border with Jordan, a move criticized by both Republicans and Democrats.

"Our bipartisan delegation is visiting Jordan at a critical time for the security and stability of the region," Pelosi said in the statement. "With the deepening crisis in Syria after Turkey's incursion, our delegation has engaged in vital discussions about the impact to regional stability, increased flow of refugees, and the dangerous opening that has been provided to ISIS, Iran and Russia."

The delegation received briefings from US diplomatic and military officials at the US embassy in Jordan during the trip.