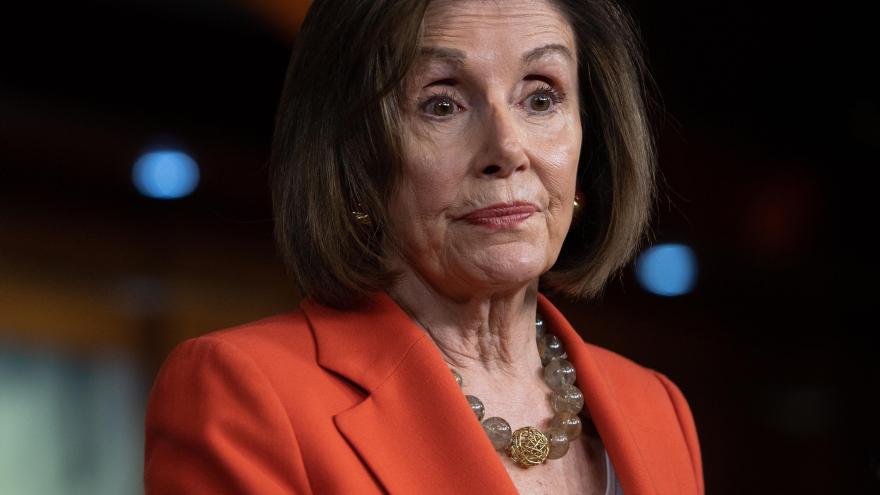 (CNN) -- House Speaker Nancy Pelosi will lead a group of Democratic lawmakers to a United Nations conference on climate change less than a month after the Trump administration began formally withdrawing the US from the Paris climate accord.

The House speaker on Saturday announced she will lead the congressional delegation to the UN COP25 environmental summit "to combat the existential threat of our time: the climate crisis." Pelosi did not specify which dates the group will attend the conference, which takes place from December 2-13 in Madrid.

"On behalf of the United States Congress, I extend my gratitude to the Spanish government for hosting this critical meeting, and for elevating the priority of the climate crisis to the forefront of the international conversation," Pelosi said Saturday in a statement.

Pelosi said she was proud to lead the congressional group -- which includes Florida Rep. Kathy Castor, who Pelosi tapped to lead the House's select committee on climate change -- "to reaffirm the commitment of the American people to combating the climate crisis." In May, the Democratic-led House passed the Climate Action Now Act, which aims to keep the US in the Paris climate agreement.

The State Department also announced Saturday that it will send a deputy assistant secretary to lead US officials from the Environmental Protection Agency, the Department of Agriculture and the Treasury Department to the summit. The statement reiterated that the administration notified the UN on November 4 to officially begin the US exit from the Paris agreement.

That lengthy process won't be completed until just after the 2020 presidential election, but the US withdrawal sent a powerful message: That as the damaging impacts of climate change become more apparent, the US -- which according to a recent analysis has contributed more to global warming than any other country -- will not be a part of the international charge to solve the crisis.

The Trump administration has steadily worked to roll back Obama-era environmental regulations that aim to limit air and water pollution and stem the impacts of climate change.

In August, President Donald Trump skipped a climate change session held at the G7 summit, and in September, he attended the UN Climate Action Summit in New York for roughly 15 minutes before leaving to hold a session on worldwide religious persecution. The US did not speak at the climate event, where various world leaders gathered to present concrete plans of how to tackle the climate crisis.

A UN report released this week said that the commitments countries pledged to limit the climate crisis are nowhere near enough to stave off record-high temperatures.