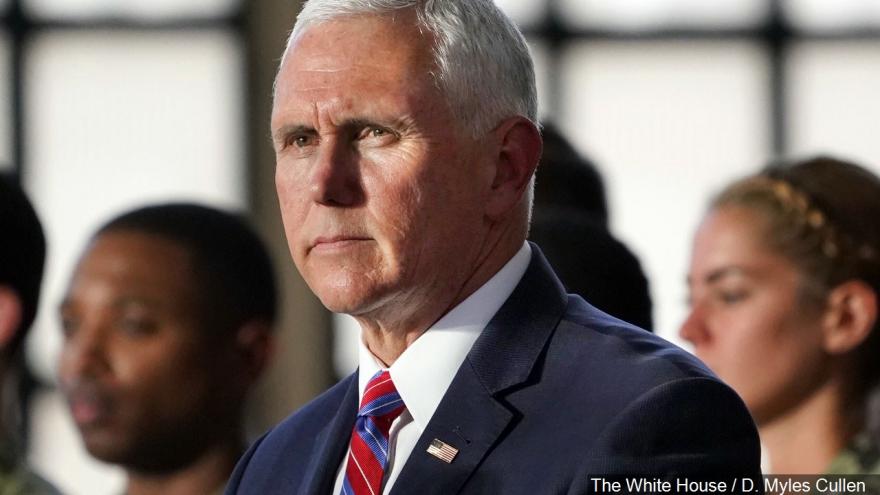 DUBLIN (AP) — A top aide to U.S. Vice President Mike Pence is defending Pence's decision to stay at one of President Donald Trump's properties while in Ireland amid criticism by Democrats that he is enriching Trump at taxpayers' expense.

Marc Short, Pence's chief of staff, told reporters aboard Air Force Two on Tuesday that the decision to stay at Trump International Golf Links in Doonbeg was made at Trump's "suggestion" and that Pence and his entourage will not be staying for free.

But Short said Pence's office followed official protocol and received State Department sign-off, adding that the club is the "one facility" in the Doonbeg area that can accommodate a group of their size.

Pence, who is traveling with his wife, mother and sister, coincidentally has deep families ties to the village of Doonbeg and visited with the area with his children in 2013.

He had originally planned to visit the village at the end of his trip, but his staff scrambled to reshuffle the schedule after Trump canceled his planned visit to Poland and asked Pence to take his place.

Short said advance teams and Secret Service had already done weeks of planning work to secure the site, so they decided to keep the Doonbeg plan in place and commute by plane into Dublin for meetings Tuesday, including coffee with Irish President Michael Higgins and lunch with Irish Taoiseach Leo Varadkar and his partner.

The vice president is personally covering all costs for his mother and sister, Short said.

Trump, who owns hotels and golf clubs across the U.S. and in Europe, has come under intense criticism for frequenting properties he owns and profits from — giving them taxpayer-funded publicity and racking up millions of dollars in taxpayer costs.