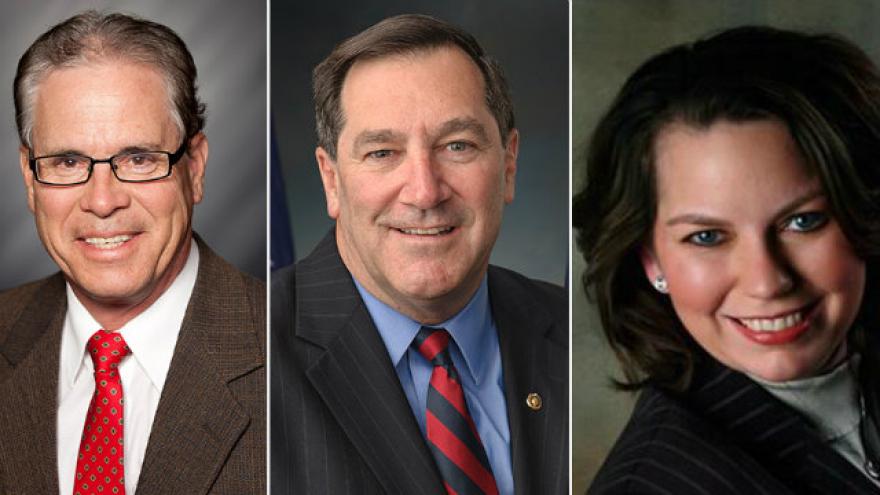 INDIANAPOLIS (AP) — When Hillary Clinton belted back whiskey a decade ago in a northwest Indiana bar, it was celebrated as a sign of authenticity that helped her win a bitter primary over Barack Obama in the Rust Belt state.

For Donnelly, victory in a neck-and-neck race with Republican businessman Mike Braun requires a big turnout in the Democratic stronghold of northwest Indiana, which draws more from the machine politics of nearby Chicago than the rural conservatism prevalent elsewhere in the state.

"Northwest Indiana is red meat for Joe Donnelly," said Hammond Mayor Tom McDermott, who was with Clinton during the Crown Royal moment in 2008. "Eight out of 10 of those people that show up are going to vote for Joe Donnelly."

But Biden won't be the only vice president paying a visit to the state. Three hours south, Vice President Mike Pence — the state's former governor — will rally GOP activists at a fundraising dinner with Braun and Republican National Committee Chairwoman Ronna McDaniel in Indianapolis.

The dueling appearances by the vice president and his predecessor underscore high stakes in this battleground race that could help determine control of the Senate.

Donnelly has held a slight edge in recent polls, but the race remains within the margin of error. Still to be seen is whether Donnelly's vote against Supreme Court Justice Brett Kavanaugh could impact the race. Republicans have fanned GOP outrage over the tactics used by Democrats in their attempt to block his nomination, which has upended other races in other states that President Donald Trump carried.

"The fact that both of them are in the state on the same day is evidence that it's a 1-, 2-, or 3-point race with enough undecided voters that turnout is going to matter," said Mike O'Brien, a veteran Republican operative who ran Gov. Eric Holcomb's successful 2016 campaign. Pence's visit is important, he added, because "there's a thousand people in that room that we need working their hardest in the final 30 days."

Donnelly, Indiana's lone statewide Democrat, won his first Senate election in 2012 by running up big numbers in northwest Indiana and the Indianapolis area, heavily populated places where he needs to do well again to keep his seat.

He won almost 70 percent of the vote in Lake County, where Friday's rally will be held — his best showing in any county. It's a place where precinct committee members can be a powerful force for turnout.

"In politics you always have to pay your respects, you never want to take anyone for granted and this is just a smart way to chessboard out a victory," said Christina Hale, a northern Indiana native who was the Democratic nominee for lieutenant governor in 2016.

Throughout the campaign, Donnelly has appeared in ads where he crisscrosses the state in a used RV while touting his willingness to buck liberal Democrats in Congress and "drive down the Hoosier common-sense middle."

But Republicans are trying to challenge this down-home image. They say he talks a good game but is ultimately a tool of Senate Minority Leader Chuck Schumer, a New York Democrat.

That's where Biden could help.

His visit is generating excitement, in part because he could run for president in 2020, McDermott said. But Biden, a native of Scranton, Pennsylvania, has also criticized Democrats for turning their back on middle America. A visit would not only boost Donnelly but demonstrate Biden's willing to campaign in places Clinton largely overlooked in 2016.

McDermott said Biden will be much more of a draw for Donnelly than Pence will be for Braun. He described Pence as an unpopular governor who "got lucky" when Trump tapped him to be his running mate.

"He left because he knew he was going to lose," he said. "I'm not intimidated by Mike Pence."

But others are wondering if Donnelly, who has brought in few national figures to campaign for him, may be in trouble. Recently, his campaign started buying airtime in the expensive Chicago TV market, Federal Communications Commission filings show.

"It makes me wonder what's up," said Cam Savage, a Republican consultant who helped Sen. Todd Young win in 2016. "They must be underperforming up there and my guess is they are concerned."