Pence commits to 'an orderly transition and to a safe inauguration' 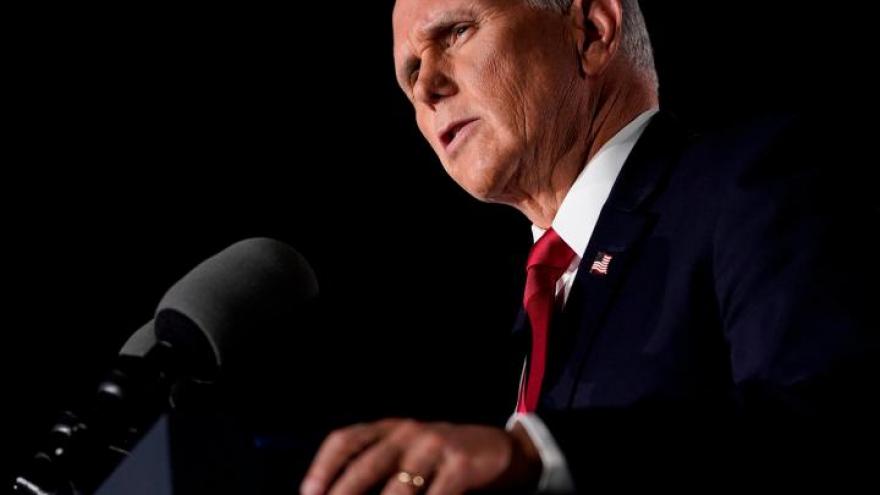 Vice President Mike Pence speaks at the RNC on August 26, 2020. Pence said Thursday that he is committed to "an orderly transition and to a safe inauguration."

(CNN) -- Vice President Mike Pence said Thursday that he is committed to "an orderly transition and to a safe inauguration," kicking off the start of a Federal Emergency Management Agency briefing.

"We all lived through that day of January the 6th, and -- as the President made clear yesterday -- we are committed to an orderly transition and to a safe inauguration. The American people deserve nothing less," Pence said at the beginning of the briefing.

Last week, a pro-Trump mob incited by the President breached the US Capitol, and five people died as a result. President Donald Trump was impeached for the second time on Wednesday following his role in the insurrection, with 10 House Republicans joining their Democratic colleagues in the vote to impeach. He issued a highly scripted video message following the vote that did not mention impeachment but denounced violence in his name. Sources tell CNN he was pressured into taping the video and initially resisted doing so.

Law enforcement has cautioned there could be more violence ahead of next week's inauguration.

"We're going to ensure that we have a safe inauguration. That President-elect Joe Biden and Vice President-elect Kamala Harris are sworn in as the new president and vice president of the United States. In a manner consistent with our history, with our traditions, in a way that gives honor to the American people and the United States," Pence added.

Pence will attend the inauguration, according to a source familiar with the plans.

Biden said last week that he was glad Pence would be coming.

"He's welcome. I think it's important that as much as we can stick to what have been the historical precedents of how an administration changes should be maintained. And so Mike, the vice president, is welcome to come. We'd be honored to have him there, and to move forward in the transition," Biden said.

Trump has said he will not attend the inauguration.