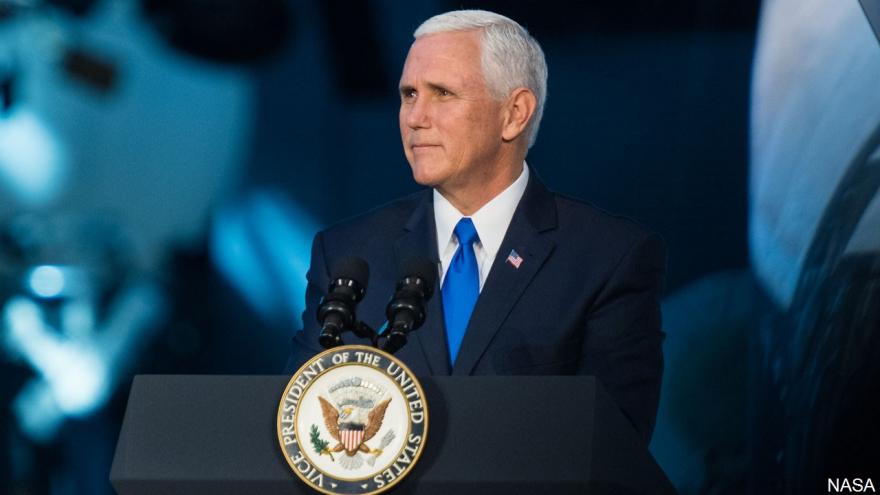 "All of you aspired to be Americans," Pence said during remarks at the National Archives on Thursday morning. "You stepped forward. You followed the law. You went through the process to immigrate into this great nation."

He continued, "The 44 of you and your families are hardly alone. Last year, more than three-quarters of a million people raised their right hand and swore the very same oath that you just took. Your example and theirs gives evidence that then as now, and throughout our nation's history, America has the most generous system of legal immigration in the history of the world and we are proud to have you join our ranks."

Transportation Secretary Elaine Chao, an immigrant herself, briefly spoke about her family's experience coming to the United States from Taiwan and receiving her own citizenship. Acting Director of Citizenship and Immigration Services Ken Cuccinelli performed the swearing-in ceremony.

President Donald Trump, who will commemorate the Fourth of July with "Salute to America" remarks Thursday evening on the National Mall, spent the morning at his Northern Virginia golf club.

The 44 new citizens hailed from 26 countries and included an electrician, a banker, a college counselor and an Uber driver, per Pence, who acknowledged the "challenges" of the US immigration system.

"Now as fellow Americans, you'll be a part of many debates in the life of this nation, including debates over immigration in America. And we all know that our current system of immigration faces real challenges," the vice president said, adding, "But to those of you who step forward today, who made the sacrifices and went through the process, let me say on behalf of President Donald Trump and on behalf of the American people, welcome to the American family."

The ceremony came a day after the administration reversed course on adding a citizenship question to the 2020 census. Justice Department lawyers told a federal judge Wednesday that they have been told to try to add the question in a way that's consistent with a Supreme Court ruling following Trump's tweet that "we are absolutely moving forward" with the question.

On Wednesday, the President tweeted a defense against reports of inhumane conditions, extreme overcrowding and thinly stretched resources at Border Patrol facilities, claiming that migrants seeking asylum who were subjected to these conditions "are living far better now than where they came from."