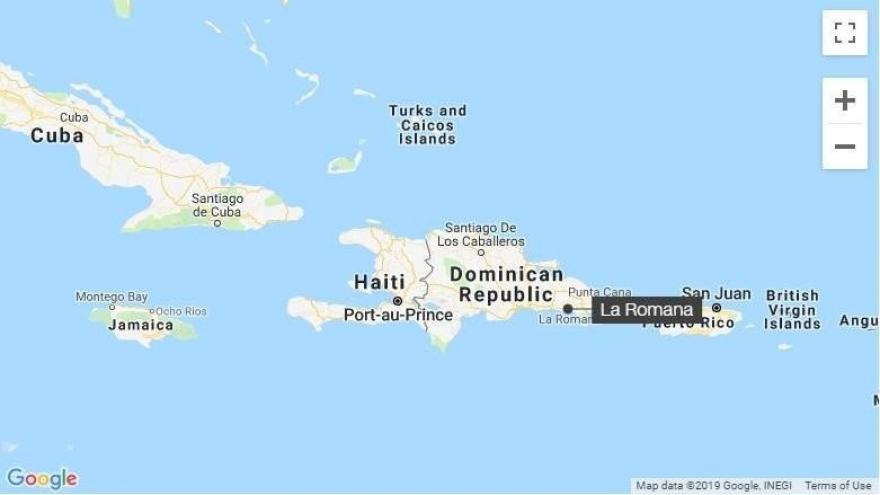 Five days before a Maryland couple was found dead in their hotel room in the Dominican Republic, a Pennsylvania woman collapsed and died at the same resort shortly after she checked in, a family spokesman says.

(CNN) -- Five days before a Maryland couple were found dead in their hotel room in the Dominican Republic, a Pennsylvania woman collapsed and died at the same resort shortly after she checked in, a family spokesman says.

Miranda Schaup-Werner, 41, of Allentown, Pennsylvania, had just checked in May 25 and enjoyed a drink from a minibar at the Bahia Principe Hotel in La Romana, family spokesman Jay McDonald told CNN affiliate WFMZ.

She and her husband, Dan Werner, were celebrating their ninth wedding anniversary when she suddenly collapsed in her hotel room, he said.

"At one point, she was sitting there happily smiling and taking pictures and the next moment she was in acute pain and called out for Dan and she collapsed," McDonald said.

"He was understandably in shock, but the whole thing was just so stunning."

When Schaup-Werner's family heard about the couple's deaths, they notified the US State Department of the similarities and requested an investigation, according to McDonald. He said Schaup-Werner was healthy before her death.

"What we thought was a freak event now we don't know," he said.

CNN has reached out to the resort for more information.

The two families are searching for answers after the loss of their loved ones in the same resort five days apart.

In a statement to CNN, the State Department confirmed last month's deaths of the three US citizens.

"We offer our sincerest condolences to the families for their loss," it said.

The cause of Schaup-Werner's death has not been determined, and a toxicology report is pending, but no violence was involved, Durán Mejia said.

Prosecutors are investigating the circumstances of her death, the Dominican attorney general's office said Wednesday.

As for Day and Holmes, the Dominican Republic National Police said an autopsy concluded the couple had respiratory failure and pulmonary edema, an abnormal buildup of fluid in the lungs.

Medications meant to treat high blood pressure were found in the room, police said. There were no signs of violence in the room.

All 3 checked in on same day

Holmes and Day were engaged, and were from Prince George's County, Maryland, relatives told CNN affiliate WBAL. They were supposed to fly back home the day they were found.

Days before their deaths, Holmes posted Facebook photos of him and Day enjoying their time in open waters.

"Boat ride of a lifetime!!!" one caption said.

The three Americans all checked into the hotel May 25 -- the same day Schaup-Werner died, the affiliate reported. The couple were checking out five days later when they were found.

The bodies of all three Americans were transported to forensic science institutes in the Dominican Republic for examinations, officials said.

"We are deeply saddened by the incident at one of our hotels in La Romana, Dominican Republic, and want to express our deepest condolences to their family and friends," Bahia Principe Hotels said in a statement after the couple's death.

La Romana is on the Caribbean coast and has a population of about 130,000.

Tourism is an important part of the Dominican Republic's economy, and its coastal resorts are a popular choice for travelers.

The tourism industry made up more than 17% of the country's economy in 2018, according to the World Travel & Tourism Council.