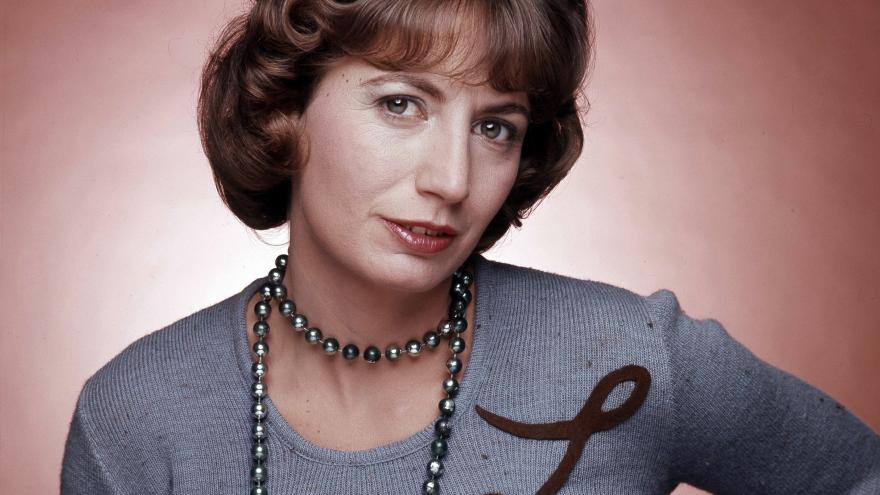 (CNN) -- Actress Penny Marshall, who found fame in TV's "Laverne & Shirley" before going on to direct such beloved films as "Big" and "A League of Their Own," has died. She was 75.

Marshall died peacefully in her Hollywood Hills home on Monday night due to complications from diabetes, said Michelle Bega, a spokeswoman for the family.

"Our family is heartbroken over the passing of Penny Marshall," the Marshall family said in a statement.

Marshall, whose real name was Carole Marshall, grew up in the Bronx. Her brother was famed producer and director Garry Marshall, who died in 2016.

Describing her upbringing, Marshall, who wrote a memoir titled "My Mother Was Nuts," once said, "you had to form a sense of humor or else you'd kill yourself."

"You had to learn what sarcasm was," Marshall told CNN in 2012 while promoting the book.

She began her directing career by helming episodes of TV series before landing her first feature-film directing job with the 1986 Whoopi Goldberg action-comedy "Jumpin' Jack Flash." With her second film, "Big," starring Tom Hanks, Marshall became the first woman to direct a movie that grossed more than $100 million.

She repeated that success in 1992 with the baseball movie "A League of Their Own."

"I'm not an articulate person, but I have a strange combination of insecurity and fearlessness," Marshall once told CNN.

She also directed the films "Renaissance Man," "The Preacher's Wife," and "Riding in Cars with Boys."

A celebration of Marshall's life will be held at a later date to be announced, the family said.

"We hope her life continues to inspire others to spend time with family, work hard and make all of their dreams come true," Bega said.